Reporters Again Helping Obama, This Time By Undercutting the Reliability of Gianna Jessen 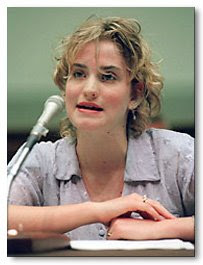 The facts are clear and well-established. Author, speaker, musician and pro-life advocate Gianna Jessen, is motivated to defend the sanctity of life not only because she is a Christian but because she herself is an abortion survivor.

And though pro-abortion enthusiasts hate it when Gianna comes to their town because she is so winsome and effective an apologist for the pro-life cause, no one has ever been so silly as to suggest her story is bogus.

That is, not until she appeared in an ad underscoring the abortion extremism of of Barack Obama.

Then suddenly, members of the same press corps that have carefully avoided reporting on Obama's votes against even infants who survive abortion, decided to undercut Gianna's reputation with sly suggestions that her story is exaggerated. Rather than deal with the substance of the ad itself (Obama's callous opposition to the Born Alive Infant's Protection Act), ABC's Jake Tapper and Politico's Jonathan Martin concentrated on Gianna who "claims" to have survived an abortion, "says she" survived a failed abortion, and who is a "self-proclaimed abortion-survivor."

Again the facts are there and it's the responsibility of these reporters job to report them. (Jill Stanek easily dug them up.) But their bias has gotten in the way of their jobs. First in not reporting the relevant news about Obama's record and now in snidely helping to spin their candidate away from an issue that they know hurts him very badly with voters.

Here's more from LifeNews.com and over here at Gateway Pundit is a link (that worked) to the Gianna Jessen ad itself. The ad, by the way, was created by Born Alive Truth. Good work, guys.

I suggest you forward this post to friends. Let's make sure we do our part to get this important ad seen by as many Americans as possible.
Posted by DH at 10:09 AM