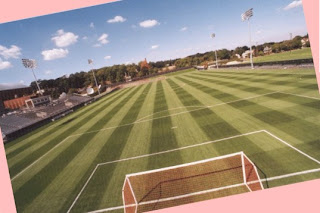 Mike Judge of the Christian Institute sent me an e-mail from Wilberforce House in Newcastle upon Tyne this morning alerting me to some very good news; namely, that Google has given in to the Institute's requests for an even playing field in the matter of abortion-related advertisements.

Yes, it took a lawsuit by the Christian Institute to awaken the sensibilities of the internet mega-giant, Google. But the policy has changed and Google promises, it will change immediately.

The Christian Institute had launched its legal action in April after a pro-life ad was refused by Google, the company arguing that it wouldn't run the ad because Google's policy disallowed the advertising of sites that mixed “abortion and religion-related content”.

Hmmm. If you were a secularist, atheist or just your average greedy abortionist, then you could advertise on Google. But, if you were a Christian pregnancy center, you were refused. Hardly fair. Hardly rational.

But somehow the lawsuit turned on the light for Google officials and they've decided to revise their policy.

The Christian Institute's press release stated, “We are delighted to confirm that our legal proceedings against Google for blocking our abortion ad have been settled on amicable terms. As a result of the court action and other representations made to Google in recent months, Google has reviewed its AdWords policy to enable The Christian Institute and other religious associations to place ads on the subject of abortion in a factual and campaigning way.

“The new policy will apply world-wide with immediate effect. This is an important issue of free speech and religious liberty and we are pleased with Google’s constructive response to this matter.”

The challenge involved here was a very large and daunting one, to be sure, but the Christians of the CI dared to take it on. They therefore well deserve congratulations from pro-lifers everywhere -- indeed, from all advocates of free speech -- for a crucial task well performed.

Here's the story from CI itself and here's a quick video clip outlining the whole matter.
Posted by DH at 11:48 AM