LPGA Requiring a Knowledge of English 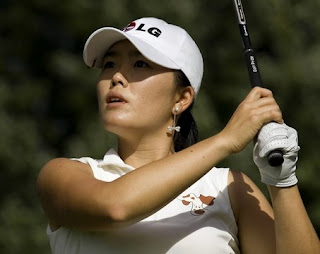 It's a first...but it's a common sense declaration.

The Ladies Professional Golf Association is requiring its players (at the threat of suspension even) to learn some basic English. Here's a bit of the International Herald Tribune's story.

..."We live in a sports-entertainment environment," said Libba Galloway, the deputy commissioner of the tour, the Ladies Professional Golf Association. "For an athlete to be successful today in the sports entertainment world we live in, they need to be great performers on and off the course, and being able to communicate effectively with sponsors and fans is a big part of this.

"Being a U.S.-based tour, and with the majority of our fan base, pro-am contestants, sponsors and participants being English speaking, we think it is important for our players to effectively communicate in English."

The LPGA and the other professional golf tours, unlike professional team sports, are dependent on their relationships with corporate sponsors for their financial survival.

Although Galloway insisted that "the vast majority" of the 120 international players on the LPGA circuit already spoke enough English to get by, she declined to say how many did not. There are 26 countries represented on the LPGA Tour. South Korea, with 45 golfers, has the largest contingent...
Posted by DH at 9:09 AM