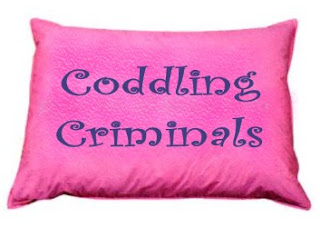 It has been widely reported in the blogosphere (and even on rare occasions in the MSM) that Barack Obama has been rated the most liberal member of the U.S. Senate. To add some valuable perspective to that rating, this Washington Times story explains that Obama's votes have earned him a more liberal rating than Sen. Bernard Sanders of Vermont who describes himself as a "democratic socialist."

But even more revelatory is the Times' observations about the radically liberal votes Barack Obama made while in the Illinois state senate, votes dealing with crime that show him shockingly out of the mainstream of American opinion.

"Mr. Obama was the only member of the state Senate to vote against a bill to prohibit the early release of convicted criminal sexual abusers; was among only four who voted against bills to toughen criminal sentences and to increase penalties for "gangbangers" and dealers of Ecstasy; and voted "present" on a bill making it harder for abusive parents to regain custody of their children, a Washington Times review of Illinois legislative records shows."

These positions of Senator Obama are ones your friends and family should be aware of. So why not forward this post to them and let them help spread the word too? Just hit the little envelope icon at the bottom of this post to do so.
Posted by DH at 8:47 AM