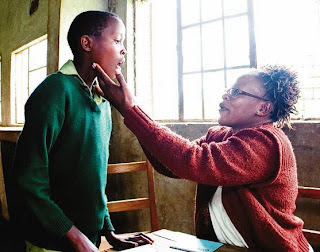 Matthew Warren, "environment writer" for The Australian, finds the time to report on a major story that everyone else in the MSM is ignoring altogether. How come? After all, it involves several elements that the MSM usually loves: leading European intellectuals (including Nobel Prize winners), the impact of science on culture, and hot-button issues like women's rights and the environment.

Oh, I get it. It seems that the conclusions of the story turn out to be politically-incorrect. That's why it's been ignored. Except by The Australian-- so kudos to them for some fair and responsible reporting.

Expensive strategies to cut greenhouse emissions, such as Australia's proposed trading scheme, will do practically nothing to reduce the impact of climate change, and the money would be better used to address malnutrition, disease and the rights of women in developing countries, according to a review by leading economists.

The Copenhagen Consensus Centre co-ordinated by Danish economist Bjorn Lomborg has ranked the pursuit of deep cuts in emissions by countries such as Australia and Europe as one of the least-effective ways of advancing global welfare.

The findings contradict the analysis by Ross Garnaut and Nicholas Stern, who argue that the high cost of mitigating greenhouse gases now is much less than the risk of inaction on climate change.

In prioritising how best to spend $75billion over the next four years to deliver the greatest good to mankind, a panel of eight economists, including five Nobel laureates, did not feature any climate change spending among their 13 priority projects...
Posted by DH at 11:29 AM