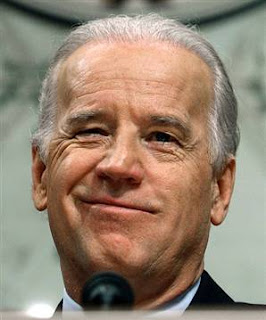 Kathleen Gilbert, reporting for LifeSiteNews, explains that dissenting Catholic Joseph Biden's justification for his extremely pro-abortion positions is that the "church is bigger" than its official teachings. Indeed, Biden goes further by blatantly lying -- "My views are totally consistent with Catholic social doctrine."

They are not even close.

But then he of the plagiarist past and the surgically improved hairline knows a bit about deception. And he's hoping to confuse the issue with the American people like he's done so well in Delaware.

Well, make that only some of the people in Delaware.

Biden's own Bishop, Michael Saltarelli has made it clear that Biden cannot speak at Catholic schools in his diocese because of his radical promotion of abortion. And that prohibition will hold even if he becomes Vice-President.

And with more and more national attention given to Biden's wild inconsistencies (not to mention the brutal abortion enthusiasm shown by Barack Obama), the hopes of Democrats persuading even "moderate" Catholics to vote for men who proudly, eagerly support all forms of abortion (even partial-birth abortion) are very difficult.
Posted by DH at 11:00 AM