The Conservatism and Service-Orientation of Authentic Christianity 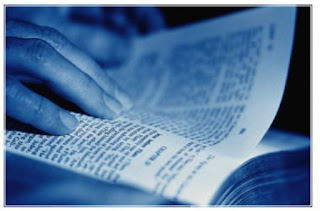 Will Hall is the executive editor of Baptist Press and he's got a terrific column here contrasting the rhetoric of liberal neo-evangelical Democrats like Jim Wallis, Brian McLaren, and Tony Campolo with the "real deal" issues of what the Bible teaches and how conservative evangelicals (esp. the Southern Baptists) have, for a long, long time, acted upon those teachings.

A good piece about matters that are being regularly ignored by the MSM who would much rather promote the leftist ideologies...exploiting whomever they can to do so. Check it out.

I have held my tongue for some time while folks like Jim Wallis (Sojourners), Mara Vanderslice (Matthew 25 Network) and Brian McLaren (emerging church movement) -– all religious and political liberals -- have manipulated a compliant secular media and some of the religious press to shill talking points for them.

The message varies in slight ways from story to story but basically asserts “the left” cares more for the poor than does “the right.” A companion assertion stated as fact is that evangelicals are “fractured” and that there is an emerging progressive group of evangelicals “discovering” there are other issues “just as important” as protecting the unborn and defending the biblical definition of marriage. Then a tired liberal political agenda is reframed in the language of faith.

It’s not just political chicanery or religious wrangling, but simply fraud -- a form of wishful thinking that if repeated enough times, de facto becomes the truth.

Let me clarify that liberal-leaning namesakes of famous evangelicals may have “just discovered” the biblical notions of “stewardship of God’s creation” and “providing for the needy and hurting.” However, for true conservatives these have been long time ministry efforts...
Posted by DH at 11:22 AM