How Big Is Your Water Footprint? -- The Latest "Step " in Green Guilt. 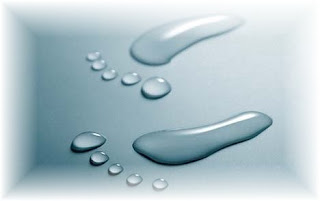 Brendan O’Neill is the editor of spiked! which, in its own words, "is an independent online phenomenon dedicated to raising the horizons of humanity by waging a culture war of words against misanthropy, priggishness, prejudice, luddism, illiberalism and irrationalism in all their ancient and modern forms. spiked is endorsed by free-thinkers such as John Stuart Mill and Karl Marx, and hated by the narrow-minded such as Torquemada and Stalin. Or it would be, if they were lucky enough to be around to read it."

In one of its most interesting pieces recently, O’Neill splashed a refreshingly candid (as well as logical and factual) cup of cold water on the newest guilt promotion by the radical environmentalists. Check it out.

...So, after the eco-footprint and the carbon footprint, now we have the ‘water footprint’. After all those eco-exhortations that we should feel guilty about how much carbon we use, now we’re told to be ‘conscious’ (which is a PC word for feeling guilty) about how much water we splash on our faces or flush down the toilet. When even our use of water, the very stuff of life, is problematised, transformed into a symbol of mankind’s thoughtlessness and greed, then we can see what really lies behind the politics of environmentalism: not so much scientific evidence that resources are running out as a powerful feeling that humans have no right to use those resources. The new obsession with water-use reveals the discomfort with human life itself that courses through the veins of environmentalism, and the contemporary sense of shame about humanity’s presence on the planet.

The new water-conscious campaign inadvertently exposes the bunkum underpinning the notion that humans are ‘using up’ the world’s resources. One of the main focuses in the new WWF report is how much ‘virtual water’ we use. Where previously, water-wise campaigners argued that the average Briton uses 150 litres of water a day – all that cooking, cleaning, washing and flushing – the WWF says this doesn’t take into account our use of virtual water. Apparently, in virtual terms, we use 30 times more water than we thought. An individual in Britain uses around 4,645 litres of water a day, much of it from the Third World, when you factor in the water that was used to grow the coffee beans in his morning Starbucks, the cotton in his shirt, the juicy steak on his dinner plate, and so on. Or as WWF puts it ‘You take 58 baths a day – virtually’.

‘Virtually’ is the operative word here, because this is ‘literally’ bollocks...

The idea of ‘virtual water’ or water being ‘shipped in’ is entirely metaphorical – and it’s a metaphor for humanity’s callous wastefulness. It’s a metaphor designed to make us feel guilty about everything – from the tea we sip to the clothes we wear – on the nonsensical, simple-minded, emotionally blackmailing notion that every time we use ‘virtual water’ we steal a cup of the life-giving substance from a little black baby’s lips...

The only question worth asking is not ‘why are we using so much water?’ (because we are alive and thriving, that’s why) but ‘how can decent water be delivered to every single human being on the planet?’ Of course there are water shortages around the world. Some Third World countries suffer from terrible water scarcity. Millions and millions of people do not have access to clean drinking water – and often these are the same people who toil for hours every day throwing water on to crops that will end up in a Sainsbury’s or Waitrose in the UK. However, not a single one of these social problems will be resolved by inducing guilt in British consumers or doing strange sums to convince us that our tweed jacket has 29.733333 (recurring) litres of ‘virtual water’ in it.

These problems demand super-ambitious, large-scale industrial projects: dams, reservoirs, dykes, canals, manmade rivers and lakes, sewage systems, more investment in GM crops that can grow even in arid conditions. Instead we get a Catholic-style campaign designed to make Western consumers feel conscious/guilty about their water-use.

This cuts to the essence of the politics of environmentalism. The panic over dwindling resources – whether its oil or what is now called the ‘new oil’: water – is not based on hard evidence that this stuff is running out, but on a lack of belief that we are capable of delivering it to one and all, and, more profoundly, on a conviction that we shouldn’t really be using it in the first place. Just as the idea of the eco-footprint implies that mankind is a destructive, plague-like presence on the planet, so ‘water consciousness’ calls into question the value of human life itself...
Posted by DH at 11:34 AM