Who Needs More Grossness in Their Life? Comments on Batman: The Dark Knight 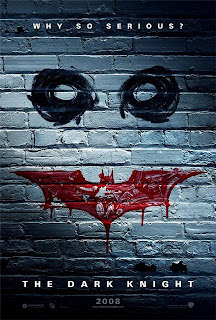 Chuck Donovan, commenting on the blog of the Family Research Council, is one of the millions of moviegoers who gave Batman: The Dark Knight the largest opening gross ever. But his review, though a generally positive one, was enough to convince me to save my money.

Indeed, even from Chuck's muted description, it seems evident that the word "gross" is applicable to the film in more ways than one.

And really, guys...who needs even more grossness in their life?

Aren't the "fightings within and without" that Christians experience in this decadent, death-mesmerized culture more than enough? Do we need to let grossness serve as the locus of our entertainment too?

Apparently I've got a much lower "gross tolerance" than Chuck for there's no way I could find pleasurably entertaining a film that, using Chuck's own words, is "almost unremittingly dark." Indeed, he describes Gotham City as a "murky moral swamp" and admits the film is needlessly violent with "instances of implied sexuality and some language." (Batman: The Dark Knight is, of course, a "talkie" so I assume Chuck means by that last bit -- profane language.)

Oh, yes; he also gives this pointed warning. "The Joker wielding knives in the face of his victims are stomach-churning to watch."

Now, that would be called a "spoiler" for some moviegoers, but personally I'm quite grateful for it. For that line alone will keep me from "spoiling" an evening (and perhaps even a subsequent dinner) by going to see Batman: The Dark Knight.

Am I too squeamish? Too much of a prude? Not adult enough? Is that why my entertainment choices run more to the films of, say, Fred Astaire, Ronald Colman or Groucho Marx than to "almost unremittingly dark" stomach-churners which feature neurotic anti-heroes?

Hardly. Here then, in short and basic form, are the three basic reasons for that lower "gross tolerance" I mentioned earlier.

1) As a Christian pro-life activist, one who is daily engaged in fighting such evils as abortion, euthanasia, genetic engineering, the persecution of believers, drunk drivers, and not to mention the efforts to persuade people to receive the gospel of Christ and therefore escape the unremitting horrors of hell, I'm just not going to find solace (or even a pleasurable recess) in films, plays or novels which are set in "murky moral swamps."

And no, this isn't mere escapism for, again, I haven't shied away from actively opposing (and for an awfully long time now) "real life" wickedness. So consider -- why would a sidewalk counselor like myself find entertainment value in a film where a greedy, heartless villain threatens (with a blade, no less) innocent victims? 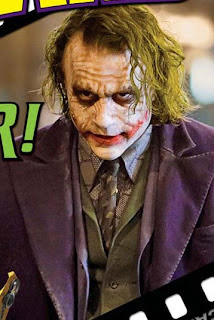 2) There are alternatives to schlock. For crying out loud, we are not beholden to Hollywood to watch whatever they produce. We never need drink from unhealthy waters. Indeed, Christians have been given very strict commands about these matters. There are movies (I won't even bother right now to get into matters of literature, sport, conversation, hobbies and other alternatives to moviegoing) which uplift, ennoble, and are fun. And through technological innovations, we have more opportunities to watch those than ever before. For example, the internet and subscriber film services have now made hundreds of fine films easily and inexpensively available to your family -- films that entertain without requiring a compromise of your values. Why on earth don't we take advantage of these opportunities?

Squeamish? No, just selective. I want the best.

Prudish? No, just principled. I don't want to surrender my conscience (or my sensitivity, standards and reputation) for a couple of hours of unsatisfactory entertainment.

And finally, 3) Though I became a Christian at a young age (19), the years immediately preceding my conversion were a headlong pursuit of pride and hedonistic pleasure. A detailed description of the "murky moral swamps" in which I slogged isn't necessary so let it suffice to say that I've already experienced my nauseating fill of the "dark nights" that the world has to offer. Therefore, novels and films which use them as their milieu are anything but entertaining to me. They are but reminders of the agonizing emptiness and oppressive frustration which once dominated my life...and which I know is still the lot of millions of people. (Included in that last group, of course, was Heath Ledger, the actor who plays The Joker in the movie. Ledger, a product of a broken family who suffered clinical depression, died from a drug overdose earlier this year.)

So no, the world's system (sought always by moderns to be portrayed, to use their words, in "gritty realism") remains my enemy. It is something to expose, not be entertained by...something to actively resist, not inattentively receive. 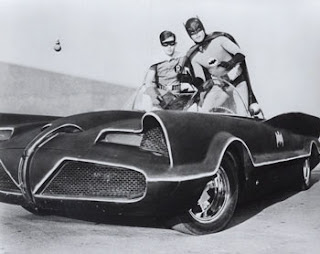 My specific suggestion then? Don't bother with, as Chuck Donovan describes, the "twisted ethical dilemmas" of Batman: The Dark Knight. Why not try the alternative Claire and I went with; namely, watching Batman: The Movie, a camp classic from 1966? You'll have a lot of fun watching the Dynamic Duo win out against no less than 4 super-villains and smile at a lot of tongue-in-cheek humor.

And, not at all insignificant, you'll not have a single scene that churns your stomach, twists your ethics, or causes you embarrassment in front of your kids. Enjoy.