A Stern Warning Against Obama...From an Oscar Winner? 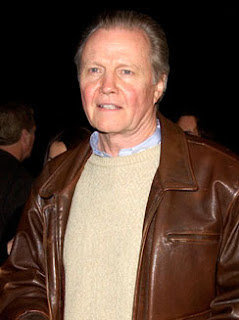 We, as parents, are well aware of the importance of our teachers who teach and program our children. We also know how important it is for our children to play with good-thinking children growing up.

Sen. Barack Obama has grown up with the teaching of very angry, militant white and black people: the Rev. Jeremiah Wright, Louis Farrakhan, William Ayers and Rev. Michael Pfleger. We cannot say we are not affected by teachers who are militant and angry. We know too well that we become like them, and Mr. Obama will run this country in their mindset.

The Democratic Party, in its quest for power, has managed a propaganda campaign with subliminal messages, creating a God-like figure in a man who falls short in every way. It seems to me that if Mr. Obama wins the presidential election, then Messrs. Farrakhan, Wright, Ayers and Pfleger will gain power for their need to demoralize this country and help create a socialist America...

Those are the politically-incorrect opening paragraphs of a remarkably candid op/ed piece in the Washington Times. And no, they are not written by Karl Rove, or Ann Coulter, or Michael Savage, or any of the "usual suspects.

They come instead from Academy-Award winning actor and humanitarian (and father of Angelina Jolie), Jon Voight.
Posted by DH at 9:33 AM