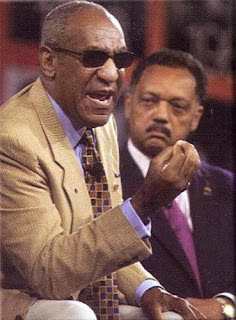 The changes in both tone and direction of America's "conversation about race" didn't originate in Bill Cosby's now-infamous speech to the NAACP in 2004. Those changes had been underway for some time with the dramatic cultural changes brought by the civil rights movement and by the emergence of such leaders as Thomas Sowell, J.C. Watts, Alan Keyes, Walter Williams, Clarence Thomas, Ken Blackwell, and many others who looked at issues from a bold new perspective.

But Cosby's speech certainly lit the burners on the national media's attention to this new approach, one that emphasized honesty, responsibility, morality and genuine pride over victimization and blame. Thus promoted, the conversation expanded and became more intense. And because of the new ideas (many of them old ideas breaking back into respectability; recall Booker T. Washington, W. E. B. Du Bois, and Martin Luther King), there are fresh reasons for hope that even the most entrenched problems of poverty, education failures, and family destruction can find practical solutions.

But neither are we standing still anymore.

Myron Magnet, author of The Dream and the Nightmare: The Sixties’ Legacy to the Underclass and a City Journal editor-at-large, has a terrificly engaging and ultimately encouraging article in the Summer edition of the magazine entitled, "The Great African-American Awakening." I recommend it heartily.

Much of Magnet's article is very insightful readings into Bill Cosby's and Alvin Poussaint's book from 2007, Come On People; Juan Williams's Enough: The Phony Leaders, Dead-End Movements, and Culture of Failure That Are Undermining Black America—and What We Can Do About It written the year before; and a book defending the staus quo attitudes ("the old victimology with a twenty-first-century twist") written by Georgetown's Michael Eric Dyson, Is Bill Cosby Right? Or Has the Black Middle Class Lost Its Mind? 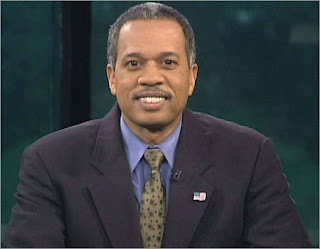 It is a spirited examination Magnet conducts and one that's pretty ugly to follow, detailing as it does some of the horrific conditions facing black Americans. Primary among these are parenting failures (absentee fathers, one-parent families, "no-parent families," 2/3 of America's foster children being black, abuse of both verbal and corporal punishment), but Magnet also presents alarming details about the lack of education, violence, "a culture of imprisonment," sexual immorality, the degradation of gangsta' rap music, and more.

But despite these sad and difficult problems, Magnet's belief that the new perspectives of prominent black leaders like Cosby and Williams (both anything but traditional conservatives) bodes well for the black community and for the nation.

It's a great read and you can get it either at your magazine stand (if it's an enlightened one) or you can subscribe directly and get the thrill out of reading stimulating, top-notch cultural commentary in a hard copy! That's right, Virginia; there are still real magazines out there, magazines that you can hold in your hands, take with you on the train or to the coffee shop, and everything.

And City Journal is one of the very best.

Of course, if you are content with reading off a screen, you can use the link above!
Posted by DH at 10:43 AM