Sharon Osbourne: An Abortion Was Her Biggest Mistake 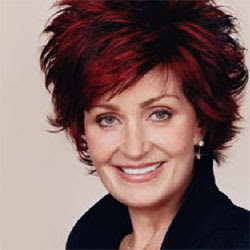 "Everybody has something in the closet, and I reckon the best policy is always to be honest, then it can't come back to haunt you," she says. And she holds her hands up to her own "big mistakes". The biggest brings her to tears. "I had an abortion at 17 and it was the worst thing I ever did. It was the first time I'd had sex, and that was rotten. I'd always thought it was going to be all violins, and it was just awful.

"I was two months gone when I realised. I went to my mum and she said, without pausing for breath: 'You have to get rid of it.'

"She told me where the clinic was, then virtually pushed me off. She was so angry. She said I'd got myself in this mess, now she had to get me out.

"But she didn't come. I went alone. I was terrified. It was full of other young girls, and we were all terrified and looking at each other and nobody was saying a bloody word. I howled my way through it, and it was horrible.

"I would never recommend it to anyone because it comes back to haunt you. When I tried to have children, I lost three - I think it was because something had happened to my cervix during the abortion. After three miscarriages, they had to put a stitch in it.

"In life, whatever it is, you pay somewhere down the line. You have to be accountable."

(Source, reporter Jenny Johnston's story in The Daily Mail, Dec. 20, 2004; an edited version re-posted at the Silent No More website)
Posted by DH at 11:32 AM