Ignition Interlocks for All Convicted Drunk Drivers: Do We Want to Save Lives or Play At It? 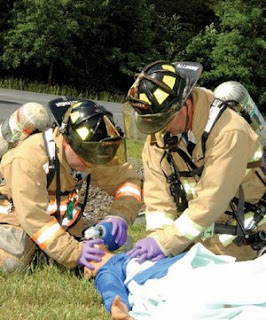 Because of a dramatic new increase in the number of citizens of Hawaii being killed by drunk drivers, the state finally passed an ignition interlock law. Thankfully, it is the latest in an important trend. Ohio passed such a law this month. Maine did so in March (though a weaker version). Nebraska did so earlier this year.

This means that almost all states now have some kind of interlock device law although the first of its kind wasn't passed until Arizona did it in 2005. The laws still have to get tougher (only 7 states require the devices for first time offenders) but it is a significant change from previous years of indifference to the killers on the road.

Relevant to this critical issue is Mary Klotzbach's fine op/ed piece in the San Francisco Chronicle from a few days ago. It's a terrific essay, one which would make good reading for the legislators of your state too. So why not e-mail this post over to them? Here's the op/ed article: 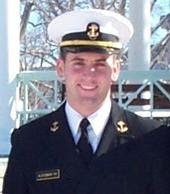 Drunk driving kills heroes, too. My son, Matt, was in his third year at the U.S. Naval Academy in 2001 when he was killed while home on leave in Livermore by a drunk driving with a suspended license. Before you sympathize with me for the loss of my son, consider the fact that every Californian faces the threat of drunken driving every time they use our roadways.

According to new data from the U.S. Department of Transportation, California's families are sharing the road with 310,971 drunk drivers with three or more DUI convictions, and of those, 44,210 with five or more convictions. In 2006 alone, drunk drivers killed 1,276 of our states citizens. These numbers show that California's law enforcement agencies are doing their job - finding and arresting drunk drivers. Unfortunately, the rest of the judicial system has failed to protect the public.

Requiring all convicted drunk drivers to install alcohol ignition interlocks in their automobiles would stop the revolving door of repeat offenders. The owners of the chain restaurants represented by the American Beverage Institute (Outback, Chili's, etc) feel differently. They believe that California's drunk-driving laws should not be effectively enforced until the offender is nearly twice the illegal limit of intoxication, and has driven drunk hundreds of times. They appear to be putting their alcohol profits ahead of public safety.

No parent should have to lose their child to the criminal negligence of a drunk driver - especially when technology exists to prevent such tragedy.

Right now, California has the opportunity to make a real difference in this effort. Proven technology to save lives exists, but is not being used. Alcohol ignition interlock devices prevent a vehicle from starting if a convicted offender demonstrates that they are violating probation by continuing to drink and drive. Interlocks are proven to save lives, yet very few California offenders get the device.

Installing interlocks on the vehicles of all drunk driving offenders has the potential to save hundreds of California lives and at the same time give offenders the ability to drive and not endanger the public. If all states mandated interlocks for all convicted drunk drivers, we could save up to 4,000 lives a year. The drunk driver pays for the entire cost of the device, not the taxpayers. Implementation of interlocks will help unclog the courts and the jails of California.

Some say that interlocks don't work. They are wrong. The real issue is not the effectiveness, but the use of interlocks - we need laws to make the interlocks mandatory for all convicted drunk drivers.

Assembly Member Mike Feuer, D-Los Angeles, has introduced legislation (AB2784) that would require alcohol ignition interlocks for all convicted drunk drivers, including first-time convictions. Unfortunately, before the Assembly voted to approve the measure and send it on to the Senate, amendments supported by the angry wing of the alcohol industry and criminal defense attorneys gutted the bill. The bill as amended by the Appropriations Committee weakens the original bill as to make it completely useless in the fight against drunk driving. MADD is calling upon the Senate Public Safety Committee to change the bill back to its original language.

Some say that interlocks are too severe a punishment for those convicted of drunk driving. Compared to what my family lost on July 29, 2001, when a repeat DUI offender thought he had a right to drive after enjoying a number of beers, an alcohol ignition interlock device is a fairly lenient sanction.

Please contact your legislator about your support for AB2784 in its original language.
Posted by DH at 12:08 PM