The Rising of the Green: Ireland Rejects EU Treaty 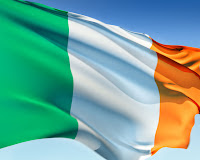 In your preparations for Father's Day weekend, you just might have missed this remarkable piece of news from last Friday -- the people of Ireland boldly rising boldly to strike a blow for their heritage, their freedom, and their national sovereignty by rejecting the Lisbon Treaty, the latest reach of the European Union to bring the continent under their control.

It's really a big deal.

As the International Herald Tribune wrote, "Although the Irish are less than 1 percent of the EU population of almost 500 million, the repercussions of the vote Thursday - whose results were announced Friday - are enormous. To take effect, the treaty must be ratified by all 27 members of the EU. So the defeat by a single country, even one as tiny as Ireland, has the potential effect of stopping the whole thing cold."

Let's hope so. But it won't come easy. The EU politicians and bureaucrats are already making noises that they'll find some way of getting rid of these pesky Irish (like they want to do with other "troublemakers" like Poland and Malta not to mention France and Holland who previously voted against further EU empowerment.)

...Libertas and other opponents of the treaty capitalized on voters' confusion, their disillusionment with the government and their feelings of alienation from the institutions of Europe, which is the source of about 85 percent of the new laws passed in Europe every year, said Michael Bruter, a senior lecturer in political science at the London School of Economics.

"It's a pro-European country, but they didn't understand the treaty - why it was needed, what it was going to change," Bruter said, speaking of the Irish voters. "They just don't want to give Europe a blank check anymore."...
Posted by DH at 4:27 AM