Econ 101: What Barack Obama Will Cost Us 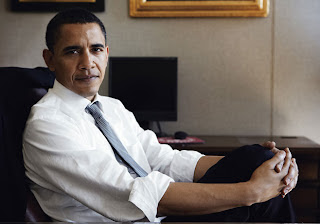 The editors of the Detroit News are not very impressed with the economic plans of Barack Obama. Check out below a few of the points made in today's editorial -- points that you should be regularly repeating to friends, family and in letters to the editors of your own local newspapers:

Sen. Barack Obama brings his economic plan to Michigan today, and there's much in it to concern a state desperate for investment and job growth.

The strategy detailed on the presumed Democratic presidential nominee's Web site envisions an economy that gets a strong, guiding hand from government, with big new spending programs to stimulate growth. But developing jobs with tax dollars is never as good as encouraging them with private-sector incentives, and there's little of that in Obama's proposals...

While giving part of the middle class a break, Obama would wage what could be described as a war on wealth through the tax code. He would restore the tax rates on those earning more than $250,000 a year to pre-2001 levels, remove the cap on payroll taxes for upper-income earners and push the current 15 percent capital gains tax rate to 28 percent.

While soaking the rich might have some political resonance, it's risky to strip investment incentives from those most likely to create jobs. And despite the rhetoric, even with the Bush tax cuts, the top 1 percent of American earners still carry 35.6 percent of the tax burden, compared with 31.6 percent in 1996, according to the Internal Revenue Service...

The senator claims to be a free-trader, but he couches his language on trade in ways designed not to offend voters in industrialized states such as Michigan. He opposes the Central American Free Trade Agreement, a pact that could help America solidify its relationships in a worrisome part of the world, and says he would retool the North American Free Trade Agreement to make it more responsive to American labor concerns.

He should keep in mind that Canada is the largest oil exporter to the United States, and Mexico is not far behind. Reopening NAFTA risks changes that could further raise fuel prices here.

Small businesses, in particular, have reason to be wary of Obama's economic plan. He would raise the minimum wage and then index it to inflation, guaranteeing that labor costs on small firms would rise annually, even if the businesses revenues don't follow suit. Currently, Congress has to vote each time it wants to raise the base wage.

Obama would also extend the Family and Medical Leave Act to smaller employers and says he will advocate for more personal leave for all workers. Those policies have the potential of moving the United States toward a European work force model, with its negative impact on productivity and economic output.

Obama's support of a proposal to allow unions to organize a workplace without a secret ballot election would rob workers of a basic right...
Posted by DH at 10:55 AM