The Democrats Find Religion...But Gee, Up Close It Sure Looks Like The Same Old Secularism 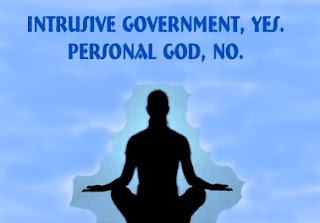 George Neumayr's penetrating essay on the Democrat's recent religious affectations is not to be missed. It's right here at the American Spectator. Entitled "Religiosity Without Religion," Neumayr's article is rich in insights which genuine conservatives must learn well and constantly pass on to others.

...Religion in public life, under Obama's thinking, exists not to purify the party's extreme secularism but to advance it.

Examining anew the "connection between religion and politics" means adjusting one's PR, not philosophical positions. All it comes down to is: an annoyingly large number of people practice religion in America and therefore the Dems have no choice but to posture accordingly. But the content of religion is certainly not true; there is no need to re-think the party's moral philosophy, though Obama does hope Democrats will talk a little bit more nicely to pro-lifers in the future...

Indeed, Obama is very proud of his commitment to "people of faith," who enjoy a slot on his campaign web page in the "people section" two down from the Lesbian, Gay, Bisexual, and Transgender community.

He certainly values their votes, but their faith is pretty tiresome, unless it happens to fortify progressive politics...

In the speech, Obama affected to explain how Christianity guides his politics. But the influence is all in reverse: his liberal politics determines the content of his Christianity. The latter is negotiable and hazy for him, while the former represents an organizing, not-to-be-doubted-or-changed truth for society. Liberalism is so obviously true in fact that the traditional understanding of Christianity must give way to it, under Obama's reading...

Secularism, of course, never has to explain itself or prove its claims, a curiously privileged position for an ideology that rests on skepticism and relativism. Apparently everything is unknowable to secularists except the obvious wisdom of their holding a dominant spot in public debates. How we know with certainty that secularism is synonymous with "reason" and religion synonymous with "mere opinion" is never explained...

Good stuff, indeed. Again, the article is here.
Posted by DH at 4:53 AM