Why Did Bush Veto the Farm Bill? 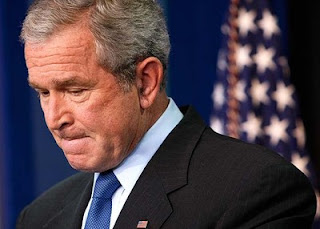 Yet, come to find out, there was another huge problem with the bill he didn't even know about; namely, what was on his desk wasn't even the bill Congress had passed! That's right -- Congress had omitted an entire section of the bill before sending it on.. (Perhaps they figure, what's a mere 34 pages of bloated, bonehead spending among 628? The result? As this Chicago Tribune story explains, Bush vetoed a different bill from the one Congress had actually passed, leaving leaders scrambling to figure out whether it could still become law.

Goodness gracious -- a laughable exercise in bad government all the way around.

Of course, the MSM isn't telling you very much about why the President opposed the farm bill fiasco. So, to check out his arguments, let's go the text of his veto message straight from the White House web site.

...For a year and a half, I have consistently asked that the Congress pass a good farm bill that I can sign. Regrettably, the Congress has failed to do so. At a time of high food prices and record farm income, this bill lacks program reform and fiscal discipline. It continues subsidies for the wealthy and increases farm bill spending by more than $20 billion, while using budget gimmicks to hide much of the increase. It is inconsistent with our objectives in international trade negotiations, which include securing greater market access for American farmers and ranchers. It would needlessly expand the size and scope of government. Americans sent us to Washington to achieve results and be good stewards of their hard-earned taxpayer dollars. This bill violates that fundamental commitment...

At a time when net farm income is projected to increase by more than $28 billion in 1 year, the American taxpayer should not be forced to subsidize that group of farmers who have adjusted gross incomes of up to $1.5 million. When commodity prices are at record highs, it is irresponsible to increase government subsidy rates for 15 crops, subsidize additional crops, and provide payments that further distort markets. Instead of better targeting farm programs, this bill eliminates the existing payment limit on marketing loan subsidies.

Now is also not the time to create a new uncapped revenue guarantee that could cost billions of dollars more than advertised. This is on top of a farm bill that is anticipated to cost more than $600 billion over 10 years. In addition, this bill would force many businesses to prepay their taxes in order to finance the additional spending.

This legislation is also filled with earmarks and other ill-considered provisions. Most notably, H.R. 2419 provides: $175 million to address water issues for desert lakes; $250 million for a 400,000-acre land purchase from a private owner; funding and authority for the noncompetitive sale of National Forest land to a ski resort; and $382 million earmarked for a specific watershed. These earmarks, and the expansion of Davis-Bacon Act prevailing wage requirements, have no place in the farm bill. Rural and urban Americans alike are frustrated with excessive government spending and the funneling of taxpayer funds for pet projects. This bill will only add to that frustration.

The bill also contains a wide range of other objectionable provisions, including one that restricts our ability to redirect food aid dollars for emergency use at a time of great need globally. The bill does not include the requested authority to buy food in the developing world to save lives. Additionally, provisions in the bill raise serious constitutional concerns. For all the reasons outlined above, I must veto H.R. 2419, and I urge the Congress to extend current law for a year or more.
Posted by DH at 8:43 AM