Tony Blankley: "Conservatism Will Persist and More Often than Not Prevail" 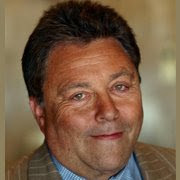 ...Conservatism will persist and more often than not prevail precisely because it realistically describes the human condition. It recognizes the fallen condition of man and thus rejects utopian principles of human perfection, or as conservatives like to say, we refuse to futilely try to immanentize the eschaton (bring heaven on earth). Thus, inter alia ,we understand that, with all its crassness and winners and losers, the power of self-interest drives free markets and free men to maximum and best-distributed human productivity and fulfillment.

But also believing in the redemptive power of our faiths, we encourage the potential of nobility, charity and self-sacrifice also planted in our souls and thus reject the rump materialism, cynicism and duty-free citizenship that is the sour and hollow end product of modern secular liberalism and socialism. After a dose of the latter, the American people invariably return to the abiding truth of conservatism. I am not convinced yet that the public is certain to reject our principles even this November.

Our challenge this political season, as every season, is to bring alive to public understanding the utility of our principles when applied to programs for the general welfare and, conversely, to vividly explain the contradiction inherent in each liberal program that claims to redistribute wealth and rights to the many but inevitably merely expands economic misfortune and reduces freedom for all...

(Tony Blankley's most recent column,"Onward Into Cheerful Political Battle")
Posted by DH at 11:17 AM