Getting Real About Islam: Colson Bucks the "Whitewashing Trend" 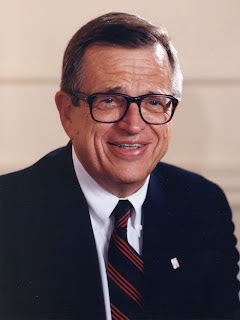 Chuck Colson has written a not-to-be-missed essay, "To Islam—and Back Again," published in the April/May edition of BreakPoint's WorldView Magazine and available on the net at this page of the BreakPoint web site. In the well-crafted, illuminating article, Colson reviews how the West has responded in a dangerous naiveté to Islam even after the tragic attacks of September 11, 2001. In so doing, educators, journalists, politicians and even Christian clergymen have grossly ignored the history of Islam and distorted the horrific violence it spreads around the world in our present day.

Colson decries this "trend toward whitewashing Islam and giving place to it" and urges readers to get serious about the true challenges (and the new opportunities) represented by the intersection of Muslim and Christian cultures.

The article covers a lot of ground: Archbishop Rowan Williams; sharia law; Anglican bishop Michael Nazir-Ali (whose father was a convert from Islam); the dire effects Islam has had upon economic and political freedom; the murder of Dutch filmmaker Theo Van Gogh by Mohammed Bouyeri; "the disappearance of the West:" and the increasing (but yet underreported) numbers of Christian converts from Islam.

It is a thoughtful piece, informative and ultimately encouraging.
Posted by DH at 1:27 PM