"The Most Dogged Foe of Unborn Human Life in the U.S. Senate” 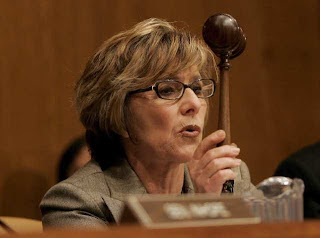 Paul Kengor, in this exceptional NRO piece, considers various candidates for the “most dogged foe of unborn human life in the U.S. Senate.” There are plenty of possibilities including Teddy Kennedy, John Kerry and the two people who are running for the Democrat Party nomination for President.

But Kengor eventually decides that there really isn't that much of a contest after all.

California Senator Barbara Boxer, "for all-around crassness and truly breathtaking statements" in her stubborn (even when irrational) promotion of abortion, wins going away.