Debating Euthanasia (But Keep Religion Out Of It, Please) 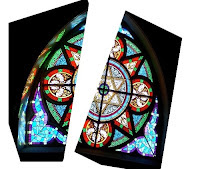 Henry Williams reports for spiked about the "dignified" debate about euthanasia occurring at British Academy of Film and Television Arts in central London. The debate convened a 4-member panel to debate "The Rights and Wrongs of the 'Right to Die'"-- Mick Hume, Times columnist and spiked’s editor-at-large, (arguing against legalized euthanasia from a ‘humanist, left-wing’ standpoint); Clifford Longley, a writer for the Catholic weekly The Tablet and a panelist on BBC Radio 4’s The Moral Maze; Daniel Sokol, a medical ethicist at St. George’s Medical School at the University of London (a proponent of physician-assisted suicide); and Ashley Riley, director of campaigns and communication at Dignity in Dying.

The reason for the public debate (and the public joined in earnestly towards the end of the evening) was the heavy media attention given to a new British film, "Three And Out," whose plot involves a London subway train driver's search for a suicide candidate who will jump in front of his train, thus giving both parties what they want: death for the depressed person and modest wealth (via a compensation claim for the driver). The film is billed by spiked as a "bittersweet comedy." The Times calls it a meeting of "slapstick suicide and brooding melodrama."

What most interested me about William's report were these lines from his conclusion:

...One striking aspect of last night’s debate was the complete absence of the religious dogma which is normally so intractable from the arguments surrounding euthanasia. Longley and Hume, opposed to the right to die, cited philosophers such as John Donne and Cicero to back up their arguments about the immeasurable value and worth of human life. ‘Life cannot be measured in months, days or minutes, just as it cannot be measured in pounds or pence’, said Hume, who said we should ‘take a strong stand that life is worth living and death is not the solution to life’s problems’. Even when Sue Nelson tried to pin down this matter by asking Longley if he thought euthanasia was a ‘sin’, he said in reply: ‘I have my own morality but I would not wish to impose it on you.’

Indeed, in place of the old-style religious debate about euthanasia - where Christians oppose it and secularists are presumed to support it - last night’s discussion showed that much of the contemporary debate on the right to die is a clash between morality and science...

Debating euthanasia apart from religious dogma? Accepting as intellectually acceptable quotations from a poet/preacher and ancient philosopher but rejecting the legitimacy of quoting Holy Scripture? Suggesting that morality is a thing different from and/or separated from religion? Positing morality and science as being intrinsically opposed? A supposed Catholic denying the universality of moral truths altogether?

As troubling to me as are this euthanasia "comedy" and the pseudo-scientific arguments defending euthanasia, the assumptions made by Mr. Williams in the close of his article reveal just how severe has been the decline of Christian influence in Western culture. That bothers me much more.
Posted by DH at 10:14 AM