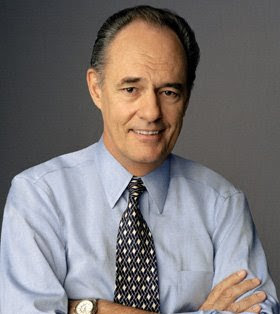 If you like irony, here's a story right up your alley. It involves CNN's apologies to Communist Chinese leaders for comments from one of their reporters (Jack Cafferty, photo at right) who referred to the world's Olympic hosts as "goons" and claimed that the products they export were "junk".

Well, of course, these charges are generally true (Jackie Chan movies perhaps excepted) but CNN apologized anyway. "It was not Mr. Cafferty's nor CNN's intent to cause offence to the Chinese people, and (CNN) would apologize to anyone who has interpreted the comments in this way." (As if being called "goons" was open to various inoffensive interpretations.)

But don't expect CNN to apologize anytime soon for attacks the network have made on George W. Bush, John McCain, pro-life activists, exponents of Intelligent Design, and just about any other conservative person or cause you could name -- attacks CNN staffers (including Ted Turner himself) have made for years that have been far more outlandish (though far less established) than Cafferty's simple "goon" remarks about China's Communist dictators.

But the irony in this news story doesn't stop there. An even more dramatic example is how the Chinese so forcefully condemn the "evil attack" made on the Chinese people by a CNN reporter at the same time that the Communist regime is literally attacking the Chinese people through persecutions, torture, forced labor, and other severe repressions and human rights abuses.

It's a glaring case of hypocritical misdirection. But CNN couldn't help itself, blubbering out a silly apology instead of pointing out the remarkable double standard and showing just why Cafferty's remarks had been spot on after all.
Posted by DH at 9:33 AM