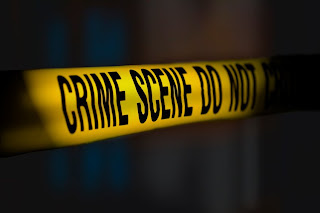 But violent crimes are all around us, growing in scope and severity, lending substantial credence to the argument that the embrace of inhumane practices (especially abortion) and irreligious philosophies (especially Marxism and hedonism) have thrown the entire world into a culture of death.

Examples from yesterday's news...besides the deaths occurring in the "usual" places?

Here is a case in Buffalo, New York where a thug believed his girlfriend's being with child was "the worst thing that could happen" and so he beat her mercilessly in order to make her lose the baby.

Here's news of the police in the tourist-rich country of Thailand handing out whistles to foreign women to help curb a long series of sexual assaults and killings, violence that occurs most often in such "risky spots" as beaches, valleys, mountains, national parks, and waterfalls.

And here in the comparatively small Midwestern city of Omaha, in a state widely publicized as hosting "The Good Life," three people have been murdered already this week while one gun-wielding coke-head has been shot dead by police.

Goodness knows, it is not pleasant to talk about such things. Yet we must never let our view of the big picture (politics, social issues, ideology -- all quite important) omit the details of the local landscape and how the culture of death has taken root there also: street crime, abortion clinics, drunk drivers, and the euthanasia increasing in our hospitals and nursing homes.

Are there any politicians out there (or, for that matter, any preachers) willing to tackle these most basic of social tragedies?
Posted by DH at 9:03 AM