Hentoff on Obama, Terri Schiavo, and "Rights of the Living" 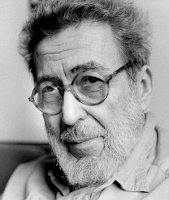 In none of the endless presidential candidates' debates has there been a meaningful discussion of the rights of disabled Americans. However, in the Feb. 26 debate in Cleveland, Barack Obama casually and ignorantly revealed his misunderstanding of the basic issue in the highly visible and still-resonating official death sentence of a disabled woman, Terri Schiavo. I have repeatedly called her death the result of "the longest public execution in American history."...

By contrast, in all of this inflamed controversy, the mainstream media performed miserably, copying each other's errors instead of doing their own investigations of what Terri's wishes actually were. Consequently, most Americans did not know that 29 major national disability-rights organizations filed legal briefs and lobbied Congress to understand that this was not a right-to-die case, but about the right to continue living.

The National Spinal Cord Injury Association; the National Down Syndrome Congress; the World Association of Persons with Disabilities; Not Dead Yet; and the largest American assembly of disability-rights activists, the American Association of People with Disabilities. AAPD's head, Andrew J. Imparato, has testified before the Senate that: "When we start devaluing the lives of people with disabilities, we don't know where that's going to stop. You also need to take into account the financial implications of all of this. We have an economy that is not doing as well as it once was and ... one way to save money is to make it easier for people with disabilities to die."...

Here's the Hentoff piece in its entirety.
Posted by DH at 10:03 AM