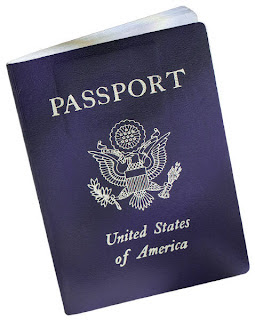 When I say "passport scandal" you naturally think about those State Department employees taking peeks at the passport applications of presidential aspirants, right? Well, read through this Washington Times story and you'll definitely have a different take on the term.

It concerns the Government Printing Office (a private company that is the federal government's main printing agency) celebrating an unexpected $100 million in profit with large bonuses to managers, trips to Las Vegas and Paris, and an official photo shoot of the boss (Robert Charles Tapella) that cost $10,000.

And if reading the details of that part of the Times' story isn't enough to get you a little hot under the collar, be sure you think over this item revealed a bit later.

Additionally, The Washington Times' investigation disclosed that the security of the blank-passport production involves computer chips purchased in Europe and then shipped to Thailand for outfitting with a wire antenna that transmits personal data to an electronic scanner at U.S. border entry points. Security specialists said the use of foreign chips and assembly abroad makes the blank passports, a key travel document, vulnerable to theft or counterfeiting.

GPO officials, however, insist the production process is secure.