"The Abolition of Fatherhood" -- The Spectator on Britain's Frightening Embryology Bill 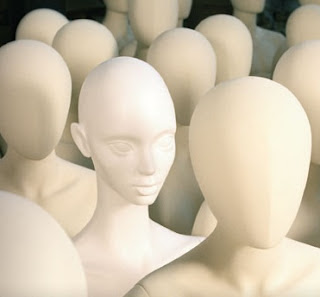 To date, the government’s hand-ling of the Human Fertilisation and Embryology Bill has resembled what might be called ‘Vicky Pollard politics’. Challenged to grant MPs a free vote on these far-reaching and ethically contentious proposals, the Prime Minister’s officials sent hugely confusing signals: ‘Yeah but no but yeah but no but yeah.’ Now the Prime Minister has finally conceded that Labour MPs will be able to vote with their consciences on three key issues: the striking of the phrase ‘need for a father’ from the rules governing IVF treatment; so-called ‘saviour siblings’; and the creation of hybrid human-animal embryos.

The condition is that they step into line and support the Bill as a whole on its third and final reading. So party discipline will still trump moral freedom. But this compromise — messy both in origin and character — seems to have headed off the threat of ministerial resignations, which was Mr Brown’s prime concern.

The fraught politics of this Bill should not obscure its content, much of which is deeply disturbing. The granting of (limited) free votes must be the start of the controversy, not its fudged conclusion. Indeed, it is hard to imagine a legislative package whose moral sweep and potential ethical consequences could be greater...

Please read the Spectator's editorial "The Abolition of Fatherhood." It is a thoughtful, challenging essay which is as relevant to Americans (who are already fighting many of these battles in the public square, if not yet in Congress) as it is to the British.
Posted by DH at 11:07 AM