How Extreme Is New York's New Abortion Legislation? Go to the Video Tape. 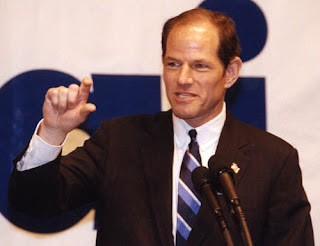 How extreme, how brutal, how coercive is New York Governor Eliot Spitzer's plan to expand abortion "rights" in his state?

More than you can even imagine.

Not surprisingly, this New York Times story won't tell you exactly how far Spitzer's proposals go. However, within the story itself is a link to a 9-minute video produced by the New York State Catholic Conference that fairly, comprehensively does what the Times fails to do; namely, explain the several alarming ways in which Spitzer's plan (enthusiastically supported by the New York Civil Liberties Union, NARAL Pro-Choice New York, Planned Parenthood of New York City, the Center for Reproductive Rights, the National Organization for Women’s New York State chapter, and so on) goes much farther than even Roe v Wade.

That YouTube video, by the way, is referred to by Times' reporter Sewell Chan as "blistering" but it is actually a very calm, very clear-headed presentation by Kathleen Gallagher. It is 9 minutes well worth your time -- 9 minutes that will certainly stimulate your fervent prayers that New York citizens rise up against this radical abortion promotion.
Posted by DH at 6:19 AM