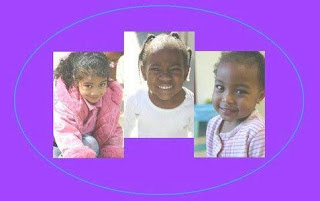 One of our regular prayers is, "Lord, please expose the shame and scandal of Planned Parenthood to the public." Here, from the Family Research Council, is one important instance of that prayer's answer.

A shocking set of recordings was released this week that could prove disastrous for Planned Parenthood's ties with the African-American community. Lila Rose, a pro-life student and reporter at UCLA, launched an undercover investigation aimed at exposing the racism of the nation's largest abortion merchant. With the help of an actor, she contacted Planned Parenthood clinics in seven states, inquiring if they would be willing to accept a donation earmarked for the abortion of black babies. The results were jaw-dropping.

Rose was appalled to discover that every last clinic agreed. Not one employee objected or questioned the request, even when the actor insisted that the purpose was to "lower the number of black people" in America. When the caller phoned an Ohio branch, he was told that Planned Parenthood "will accept the money for whatever reason." Read the outrageous transcript from the Idaho clinic, which is also available with Rose's other recordings in a montage right here.

Actor: ...I really faced trouble with affirmative action, and I don't want my kids to be disadvantaged against black kids.
Planned Parenthood: Yes, absolutely.
Actor: And we don't, you know, we just think the less black kids out there the better.
Planned Parenthood: (Laughs) Understandable, understandable... This is the first time I've had a donor call and make this kind of request, so I'm excited and want to make sure I don't leave anything out.

Students at UCLA are so infuriated by the investigation that they are petitioning the university to cut all affiliation with Planned Parenthood. What few people realize is that the organization has a history of racism that has been ingrained since Planned Parenthood's earliest days, when founder Margaret Sanger advocated negative eugenics and spoke to a woman's branch of the KKK (Margaret Sanger, An Autobiography, 1938, p. 336-367). However, as is customary for Planned Parenthood, the organization has managed for decades to cover its tracks--and the facts. That task has just been made monumentally more difficult. Abortion has taken the innocent lives of over 14 million black children--a national tragedy that has begun uniting and mobilizing African-Americans across party, state, and financial lines.

Today, FRC hosted a press conference to kick off the National Black Pro-Life Gathering in Washington, D.C. which drew pastors, parents, leaders, and activists from across America to commemorate Black History Month by calling on abortion merchants like Planned Parenthood to stop preying on their community. As these abortion clinics continue to demonstrate that blood money is not colorblind, we call on Congress to de-fund and disavow Planned Parenthood. Taxpayers should not be forced to spend over $300 million on an organization whose scruples are for sale, even to those who seek racial genocide. 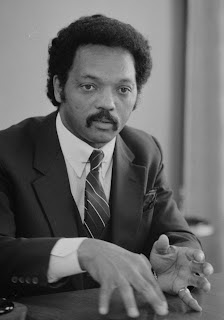 Appropriate to this tragic topic are the words of Jesse Jackson back in 1977: "There are those who argue that the right to privacy is of [a] higher order than the right to life...that was the premise of slavery. You could not protest the existence or treatment of slaves on the plantation because that was private and therefore outside your right to be concerned.

"What happens to the mind of a person, and the moral fabric of a nation, that accepts the aborting of the life of a baby without a pang of conscience? What kind of a person and what kind of a society will we have 20 years hence if life can be taken so casually? It is that question, the question of our attitude, our value system, and our mind-set with regard to the nature and worth of life itself that is the central question confronting mankind. Failure to answer that question affirmatively may leave us with a hell right here on earth."