Why Is the West Paying Billions to Those Who Would Destroy Israel? 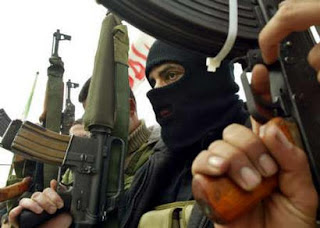 Diana West examines the "hows, whys and what happens" regarding the latest payments from the West to the terrorist supporters of the Palestinian Authority.

Christmas came early to the Palestinian Authority when the "international community" decided not only to meet PA President Mahmoud Abbas' request for $5.6 billion in aid, but to throw in almost $2 billion more. Why? Did the PA end its terrorist ways? Stop state-sanctioned incitement against Israel and the West? Change Fatah's charter (forget about Hamas) calling for Israel's destruction?

We never, ever discuss the Islamic context of "Arab-Israeli" conflicts. But how else can we hope to understand them? Jihad ideology inspires the Arab struggle against Israel. It also explains it. As the only non-Muslim country amid Middle Eastern Dar-al Islam, as the only "dhimmi" nation to reclaim its land once conquered by Islam, Israel's very existence is a religious offense to the "umma," or Islamic community. In this same context, what we call "foreign aid" to the PA may be understood as a form of "jizya," the protection money paid to Muslims by non-Muslims.

But the non-Muslim world prefers not to think like that. We avert our collective eye from the goals of jihad, from the history and teachings of Islam. Instead, we see ourselves as villains -- Israel for its existence, and Israel's supporters for, well, their support for Israel's existence.

In so doing, we create a sinkhole of Western guilt and responsibility for suffering Muslims, in this case in the PA. They suffer not as a consequence of their religio-political bloodlust to destroy the Jews in Israel (the nearest infidels), but because there are Jews in Israel. In other words, it's everyone else's fault but their own. Islam -- particularly, jihadist ideology -- is not to blame. Throw more money down the hole...

The rest of this astute analysis is here.
Posted by DH at 10:40 AM