First Castro, Then Chavez: One Family's Experience with Theiving Tyrants 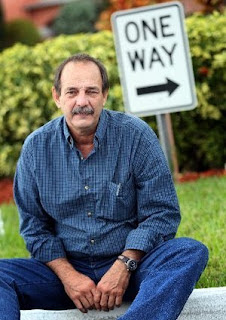 When Bienvenido Jorajuría could not get into his family's La Quinta ranch in the fertile region of Yaracuy, in north central Venezuela, the Cuban-born rancher felt a familiar frustration. The land was confiscated earlier this year by President Hugo Chávez's government after armed peasants backed by the national guard invaded it, despite the fact that it was in full production.

For Jorajuría, it was the second time his family's land had been expropriated. In 1960, his family's farm in Matanzas, Cuba, was confiscated by Fidel Castro's government...

''My father miraculously escaped from being executed because they accused him of being counterrevolutionary, and he lost the land that he had worked for all his life,'' Jorajuría, 54, told El Nuevo Herald from his recently rented house in Kendall.

''History repeats itself with me,'' he added...

Here's the rest of the story, written by Casto Encado and published in the Miami Herald. I found it while visiting one of my bookmarked "freedom sites," The Real Cuba. (Photo from C.M. Guerrero in El Nuevo Herald.)
Posted by DH at 10:09 AM