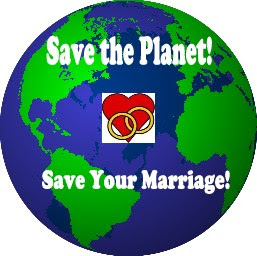 The inimitable Theodore Dalrymple comments on a new form of "Separation Anxiety" over at City Journal.

A small item in the British Medical Journal recently caught my eye. It was a brief digest of a recent paper in the Proceedings of the National Academy of Sciences on the environmental impact of divorce. Researchers from Michigan found that people in divorced households spent 46 and 56 percent more on electricity and water, respectively, than did people in married households. This outcome is not all that surprising: marriage involves (among many other things, of course) economies of scale.

One of the interesting questions that this little piece of research poses is whether the environmentalist lobby will now throw itself behind the cause of family values. Will it, for example, push for the tightening of divorce laws, and for financial penalties—in the form, say, of higher taxes—to be imposed on those who insist upon divorcing, and therefore upon using 46 percent more electricity and 52 percent more water per person than married couples who stay together? Will environmentalists march down the streets with banners reading SAVE THE PLANET: STAY WITH THE HUSBAND YOU HATE?

For myself, I doubt it. Yet these figures, if true, are certainly suggestive. The fact that there will be no demonstrations against environmentally destructive divorcees, who probably emit as much extra carbon dioxide as the average SUV, suggests that the desire to save the planet is not nearly as powerful as the desire to destroy a way of life.
Posted by DH at 1:01 PM