When Are We Going To Get Serious About Fighting Malaria? 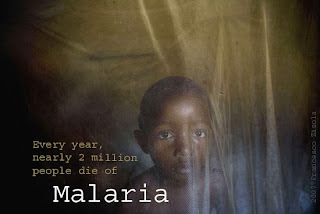 ...More than two billion people worldwide are at risk of getting malaria, and 350-500million contract it every year, mostly in Sub-Saharan Africa. The disease kills up to a million African children annually, making it the continent’s greatest executioner of children under age five. In Uganda alone, 60million cases of malaria caused 110,000 deaths in 2005 (1). In its Apac District, a person is likely to be bitten 1,560 times a year by mosquitoes infected with malaria parasites. The disease also perpetuates poverty (sick people can’t work) and increases deaths from HIV/AIDS, tuberculosis, diarrhoea and malnutrition.

Controlling and eradicating this serial killer ought to be a global priority. But far too many organisations fail to take sufficient measures, while others actively oppose critically needed interventions.

UNICEF partners with Malaria No More to raise money from donors, distribute educational materials and long-lasting insecticide-treated bednets (LLINs), provide anti-malarial drugs, and save lives. ‘Sometimes’ they organise teams to spray insecticides on the inside walls of houses, to ‘kill the female mosquito after she feeds on a person’ (and frequently infects him or her). Under ‘some special circumstances’, they support treating mosquito-breeding sites, if the larvacides are ‘environmentally friendly’. 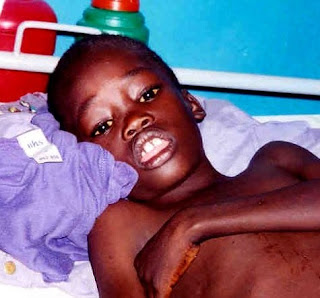 All these interventions will help reduce disease and death tolls. They will garner plaudits from environmental activists. But these limited measures will not result in No More Malaria. Unless and until their programmes include regular use of larvacides and insecticides to control mosquitoes, and DDT in selected cases to keep the flying killers out of houses, UNICEF and MNM will not even come close to reducing malaria cases and deaths to what a moral person would deem tolerable levels: close to zero – not 50 per cent or even 25 per cent of current levels...

The rest of this Paul Driessen article can be read over at spiked!

Paul Driessen is a senior fellow with the Committee For A Constructive Tomorrow and Center for the Defense of Free Enterprise, nonprofit public policy institutes that focus on energy, the environment, economic development and international affairs. 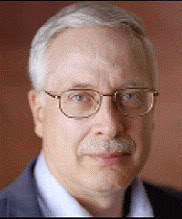 During a 25-year career that included staff tenures with the United States Senate, Department of the Interior and an energy trade association, he has spoken and written frequently on energy and environmental policy, global climate change, corporate social responsibility and other topics. He’s also written articles and professional papers on marine life associated with oil platforms off the coasts of California and Louisiana – and produced a video documentary on the subject.

Driessen received his BA in geology and field ecology from Lawrence University, JD from the University of Denver College of Law, and accreditation in public relations from the Public Relations Society of America. A former member of the Sierra Club and Zero Population Growth, he abandoned their cause when he recognized that the environmental movement had become intolerant in its views, inflexible in its demands, unwilling to recognize our tremendous strides in protecting the environment, and insensitive to the needs of billions of people who lack the food, electricity, safe water, healthcare and other basic necessities that we take for granted.

He is the author of Eco-Imperialism: Green Power, Black Death, a book that prompted this response from Patrick Moore, the co-founder of Greenpeace,“The environmental movement I helped found has lost its objectivity, morality and humanity. The pain and suffering it is inflicting on families in developing countries must no longer be tolerated. This is the first book I’ve seen that tells the truth and lays it on the line. It’s a must-read for anyone who cares about people, progress and our planet.”
Posted by DH at 8:37 AM