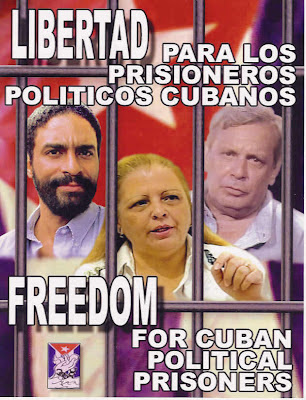 Canada is Cuba's biggest source of tourists. Nearly 600,000 of us fly there every year. Since tourism helped save the Cuban economy after the fall of the Soviet Union -- which had supplied annual aid grants of nearly $8-billion --it's fair to say Canadian tourists played a large part in keeping the Cuban government afloat. So with winter travel season beginning, we would like to ask one question: Do you what know happens to political dissidents beyond the resorts and tourist beaches?

Canadians account for more than one-quarter of Cuba's total annual tourist intake. We spend more than $1-billion dollars there, or about 3% of that country's annual GDP.

The Cuban government admits "the two pillars of the Cuban economy are tourism and sugar." That's why all payments from tourists go to the communist government which then decides how much it can spare for hotel and restaurant workers.

So while you're basking in the warm tropical sun, give some thought to the many political prisoners in Cuban jails for such crimes as demanding democracy, speaking with foreigners without permission or criticizing dictator Fidel Castro...

Source: Editorial in the November 2oth online edition of the National Post (Canada). For more on Cuban repression, use the search feature in this website for previous posts and look over the many web sites devoted to the cause of Cuba's freedom.
Posted by DH at 8:35 AM