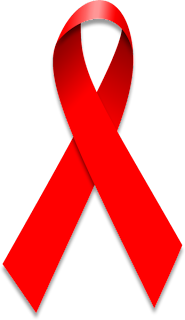 I'm afraid that the recent attention media, government and school gave to World AIDS Day omitted some very pertinent facts. But, of course, when you're desperately trying to promote a social revolution (especially one which denies the most basic of biological realities), you're not going to bother with reminding people of the sheer awfulness your revolution is going to create.

Thus omitted from the discussion was that AIDS is not at all like multiple sclerosis, muscular dystrophy, leukemia, or any of the other dreaded diseases that plague mankind.

Because AIDS is preventable.

Indeed, it is 100% preventable and with the easiest and most inexpensive of measures.

Writes Sharon Slater, President of Family Watch International, "The most compassionate position is to do everything we possibly can to help people avoid the disease, not just to reduce the risks. We must discourage people from engaging in any kind of extramarital sex, whether it be heterosexual or homosexual, because that is the primary cause of the spread of AIDS."

"Second, much of the billions of dollars that are spent each year to prevent AIDS across the world fund programs that promote condom use as the answer to the pandemic. These programs actually promote rather than discourage the very behavior that spreads AIDS—sex outside of the confines of a faithful marriage, and especially sex between two men."

"Condoms have proven to have significant failure rates. That means a certain percentage of them will fail, making it effectively like playing Russian roulette each time a person has “safe sex” i.e., sex with a condom outside of a faithful marriage relationship."

True compassion doesn't just strike a pose. It doesn't look for sentimental vibes, ego trips, or political correctness. It seeks to provide the very best for persons in trouble. And, in the case of AIDS, that means working to keep people free of this torturous and lethal disease, not arranging for yet more victims.
Posted by DH at 8:33 AM