President Bush (and Other Pro-lifers) Vindicated By Stem Cell Breakthrough. 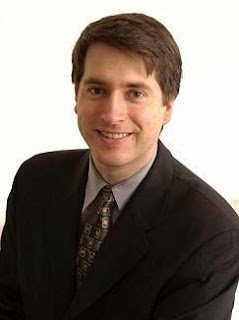 ...Dr. James Thomson of the University of Wisconsin, a pioneer in embryo-destructive stem-cell research in the late 1990s, was one of the scientists who discovered the new method. "If human embryonic stem-cell research does not make you at least a little bit uncomfortable," he told The New York Times, "you have not thought about it enough." Apparently, very few Democrats thought about it at all...

Rich Lowery (photo at right) reflects on the breakthrough announced last week by two separate scientific teams who discovered a way to "reprogram" human skin cells for use in medical treatments and research -- a way which does not require killing developing human beings. He continues:

They trotted out Ron Reagan, son of the late president who suffered from Alzheimer's disease, to make the case for embryo-destructive stem-cell research at their 2004 national convention. He didn't mention that there was any other potential way to derive stem cells, and hyped embryo-destructive research as promising "your own personal biological repair kit standing by at the hospital." As for the moral objections, well, "the theology of the few should not be allowed to forestall the health and well-being of the many."

Democrats loved this narrative: theology versus science, with its echo of the Inquisition repressing Galileo. It drove the charge that the Bush administration was waging "a war on science." As if placing ethical bounds on science is a denial of the scientific method and the value of research itself. By this logic, speed limits are "anti-driving," guardrails are "anti-highway" and meat inspections "anti-food."

Ethical concerns about destroying embryos were dismissed as worries about "a clump of cells" without, as Ron Reagan dismissively put it, "fingers and toes." The pro-life writer Ramesh Ponnuru countered, "Of course the embryo looks like a human being: It looks like a human being in the embryonic stage of development." Proponents of embryonic-destructive stem-cell research spoke often about using "excess embryos" from fertility clinics. But that wasn't their ultimate objective. To treat diseases would require embryos genetically matched to patients, and those embryos would have to be created through cloning and then destroyed. 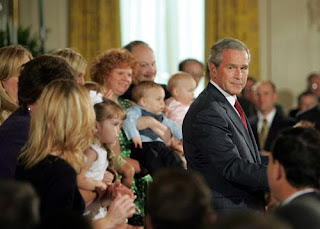 Per Dr. Thomson, it doesn't take a keen moral sense to realize, at the very least, that this is a boundary to cross only with extreme trepidation. But when in 2001 President Bush limited federal funding of embryo-destructive research to already existing stem-cell lines, he was showered with obloquy. He had "banned" such research. No, he had only denied it federal funding. He opposed "stem-cell research." No, he supported stem-cell research that didn't involve destroying any more embryos.

With the breakthrough that Bush had been hoping for - and talking about since 2006 - his position looks farsighted. The ethical boundary he defended helped push scientists to pursue the new discovery. Bush's opponents, on the other hand, specialized in simplistic advocacy contemptuous of moral qualms about how stem-cell research was conducted. Their muted reaction to the latest development suggests that for some of them what was so exciting about stem-cell research wasn't the far-off potential therapeutic applications, but the chance to portray pro-lifers as standing in the way of life-enhancing scientific discoveries.

(The Associated Press photo by Ron Edmonds above shows family members who have adopted frozen embryo babies applauding President Bush as he made remarks on stem cell research in July 2006. Bush had just vetoed a bill which would have removed his restrictions on federal funding for embryonic stem cell research. There was a tremendous hue and cry against President Bush by Democrats, scientists and journalists but Bush stood firm for the sanctity of life. Good job, Mr. President. But don't expect any of these scalawags to now give you credit for your courageous, morally correct and scientifically enlightened stand. Obscurantism and denial rules in their world.)