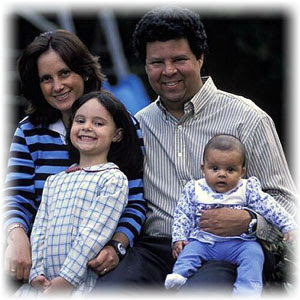 The more studies document better outcomes for children whose parents are married, the more contrarians seek to deny the obvious. Now some legal scholars and sociologists are warning against confusing the effects of matrimony with the effects of living with two biological parents, whatever formal legal arrangement they have or don't have. Yet an analysis of two studies from 2003 that compares differences between children reared by two adults, married and unmarried, by Robin Fretwell Wilson of the University of Maryland School of Law, concludes that the estate of marriage itself, not just biology, does indeed confer clear advantages to children.

Wilson reviewed two studies from the Journal of Marriage and Family. The first compared differences between children living with two unmarried parents (of which one is the biological parent) with children living in a married stepfamily (also in which one parent is the biological parent). It found statistically significant advantages accruing to children living in stepfamilies relative to their peers in unmarried households, including a reduced likelihood of delinquency and increased likelihood of better school performance measures, including verbal ability and sharing expectations of attending college. These children were also less likely to be suspended or expelled from school. All these correlations remained statistically significant in tests controlling for the biological parent's relationship to the child, family stability, and socioeconomic differences. 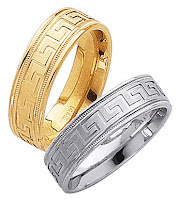 cohabiting parents consistently received smaller investments from their fathers than did biological children of married parents, whether blended or intact.

Seeking to explain why a wedding band yields these pluses for children, Wilson believes that the findings of the two studies reflect major differences in the relationships between the parents. "Marriage tends to instill and bring along with it certain relational benefits for the adults, like permanence, commitment and even sexual fidelity, which redound to the benefit of children in the household."

(Source: The Family Update of the World Congress of Families citing Robin Fretwell Wilson in her article "Evaluating Marriage: Does Marriage Matter to the Nurturing of Children?" published in the San Diego Law Review.)
Posted by DH at 7:52 AM