Television is Enamored with the Occult 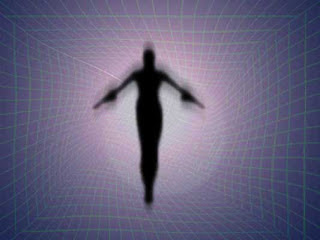 Judging from the commercials which interrupt the weekend sports programs I've seen, I kinda' knew there was a new trend in television towards the supernatural. But yowsa' -- until I read through this New York Times article, I didn't realize just how deep the current TV season is invested in the occult. Did you?

Alessandra Stanley's review is a rather creepy Halloween read but, of course, the shivers you get come from the topic itself and its implications for American society, certainly not her writing which is fine.

Well, with one notable exception, however.

In the last paragraph I quote from Ms. Stanley's article, she makes the common but quite serious error of suggesting that Satan is God's opposite. Uh...no. God is the immeasurably holy, infinite Creator. Satan is a mere creature: a rebellious angel whose limits are carefully spelled out in the Scriptures and whose defeat and doom is already assured by the resurrection of Jesus Christ. God and the devil are definitely not opposite personalities.

But with that correction made, I do recommend Ms. Stanley's article:

There must be a rational explanation for all the supernatural phenomena on television. There must.

Because it is weird, and even a little freaky, that so many shows this season prey on the paranormal. Vampires have day jobs as detectives, store clerks reap souls for the Devil, reporters time-travel to get their stories straight, cheerleaders walk through fire and people of all kinds talk to dead people, sometimes quite chattily. Even reality television is getting swept up in the surreal: On Oct. 24 NBC will unveil “Phenomenon,” an “American Idol”-ish competition for illusionists and mentalists, with Uri Geller and Criss Angel as judges.

On the CW show “Supernatural” strapping young ghostbusters hunt down evil spirits armed with a Colt revolver and holy water, displaying the kind of weary nonchalance that “CSI” investigators bring to a crime scene. “So, Bobby,” one of the heroes asked in the season premiere, “what do we have here, a biblical plague or what?”...

Because there are, after all, an unnatural number of supernatural series at the moment. “Lost” is about to enter its fourth season (it began in 2004). “Medium” and “The Ghost Whisperer” have been on the air since 2005. “Heroes,” which began last year, showcases genetic mutants who use their special powers to save the world from comic-book apocalypse.

And this season there are still more supernatural heroes, and some of them are putting normal detectives out of work. The protagonist of “Moonlight” is a vampire with a day job as a private eye. He relies on a dealer to supply him with blood because he has a conscience: too scrupulous to bite the necks of innocent women and children, too fastidious to drink directly from a blood bag. (After his supplier brings him a pint, he pours it into a wine glass.)

“New Amsterdam,” a show Fox plans for midseason, has as its lead character a New York City police detective who is secretly immortal. As a soldier in the Dutch colony of New Amsterdam in 1642 he rescued an American Indian girl from a massacre and was rewarded with eternal life. (He is streetwise because he knew the streets of New York back when they were wagon trails.)

And HBO is preparing “True Blood,” a series by Alan Ball, the creator of “Six Feet Under,” about vampires who can live off synthetic blood made in Japan...

But this season networks are seeking an occult following in all sorts of places. ABC has “Pushing Daisies,” a series about a piemaker-turned-detective who can raise the dead long enough to ask them whodunit. NBC’s “Journeyman” is about a newspaper reporter who travels through time, though unfortunately he returns only to his own past, not more interesting destinations like King Arthur’s court or the Salem witch trials. “Reaper,” on CW, is a comedy about a clerk in a discount megastore whose parents sold his soul to the Devil.

Right now Satan appears to be more of a draw than his opposite; only “Saving Grace,” a TNT drama about a dissolute police detective (Holly Hunter) who is visited by a country-western angel named Earl, hints at a benevolent, all-powerful God. On “The Ghost Whisperer” Jennifer Love Hewitt plays a woman who helps dead people transition to the Other Side, guiding them to a hazy white light. But otherwise there isn’t much of a religious message to the show. It’s more interested in spooky spirits than spirituality...
Posted by DH at 10:48 AM