By the Way, Who Were the Other Contenders for Al Gore's Nobel Prize?

Among the noteworthy articles I missed while in Belarus earlier this month was this excellent editorial from the Wall Street Journal describing just a few of the people who, unlike Al Gore, truly deserved the Nobel Peace Prize.

That the Committee overlooked these brave souls in their haste to praise the politically-correct but scientifically-incorrect and hypocritical Mr. Gore is a sad scandal indeed. But Mr. Gore had a chance to make an important point for liberty and justice by refusing the award and its cash, using the occasion instead to herald the plight of the heroes that the Nobel Committee members had heartlessly snubbed. He did not do so.

And this fellow was almost our President?

Here then, from October 13th, is the text of the WSJ piece.

In Olso yesterday, the 2007 Nobel Peace Prize was not awarded to the Burmese monks whose defiance against, and brutalization at the hands of, the country's military junta in recent weeks captured the attention of the Free World. 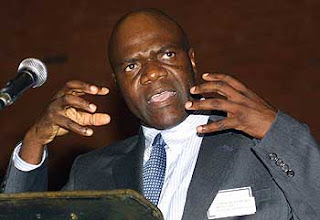 The prize was also not awarded to Morgan Tsvangirai, Arthur Mutambara (photo at left) and other Zimbabwe opposition leaders who were arrested and in some cases beaten by police earlier this year while protesting peacefully against dictator Robert Mugabe.

Or to Father Nguyen Van Ly, a Catholic priest in Vietnam arrested this year and sentenced to eight years in prison for helping the pro-democracy group Block 8406.

Or to Wajeha al-Huwaider and Fawzia al-Uyyouni, co-founders of the League of Demanders of Women's Right to Drive Cars in Saudi Arabia, who are waging a modest struggle with grand ambitions to secure basic rights for women in that Muslim country. 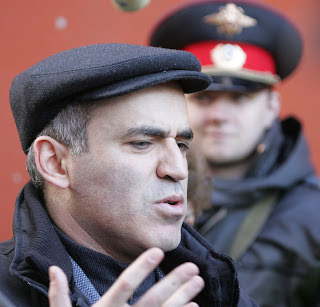 Or to Colombian President Álvaro Uribe, who has fought tirelessly to end the violence wrought by left-wing terrorists and drug lords in his country.

Or to Garry Kasparov (shown at right) and the several hundred Russians who were arrested in April, and are continually harassed, for resisting President Vladimir Putin's slide toward authoritarian rule.

Or to the people of Iraq, who bravely work to rebuild and reunite their country amid constant threats to themselves and their families from terrorists who deliberately target civilians.

Or to Presidents Viktor Yushchenko and Mikheil Saakashvili who, despite the efforts of the Kremlin to undermine their young states, stayed true to the spirit of the peaceful "color" revolutions they led in Ukraine and Georgia and showed that democracy can put down deep roots in Russia's backyard.

Or to Britain's Tony Blair, Ireland's Bertie Ahern and the voters of Northern Ireland, who in March were able to set aside decades of hatred to establish joint Catholic-Protestant rule in Northern Ireland.

Or to thousands of Chinese bloggers who run the risk of arrest by trying to bring uncensored information to their countrymen. 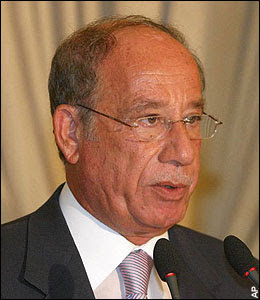 Or to scholar and activist Saad Eddin Ibrahim, jailed presidential candidate Ayman Nour and other democracy campaigners in Egypt.

Or, posthumously, to lawmakers Walid Eido (photo at left), Pierre Gemayel, Antoine Ghanem, Rafik Hariri, George Hawi and Gibran Tueni; journalist Samir Kassir; and other Lebanese citizens who've been assassinated since 2005 for their efforts to free their country from Syrian control.

Or to the Reverend Phillip Buck; Pastor Chun Ki Won and his organization, Durihana; Tim Peters and his Helping Hands Korea; and Liberty in North Korea, who help North Korean refugees escape to safety in free nations.

These men and women put their own lives and livelihoods at risk by working to rid the world of violence and oppression. Let us hope they survive the coming year so that the Nobel Prize Committee might consider them for the 2008 award.
Posted by DH at 9:32 AM