Julie Schmit-Albin, the Executive Director of Nebraska Right to Life, sent out this press release yesterday. In it she applauds Nebraska's Senators for the important votes on recent pro-life legislation and encourages Nebraska pro-life advocates to do the same. 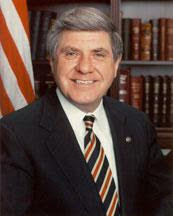 There were three abortion-related votes on September 6, 2007 on the State-Foreign Operations appropriations bill (H.R. 2764). The first was a vote on an amendment by Senator Sam Brownback to restore the Kemp-Kasten law which prohibits funding of any organization that "supports or participates in the management of a program of coercive abortion or involuntary sterilization." The Kemp-Kasten law has been law for over 20 years, and has been the basis for the denial of funding to the United Nations Population Fund (UNFPA) because of its participation in China's coercive population control policy, that includes coercive abortions. The Brownback amendment passed 48-45, with both Senators Ben Nelson and Chuck Hagel voting for it.

The second was a vote on an amendment by Senator Barbara Boxer to repeal the "Mexico City Policy," which prohibits U.S. "population assistance" grants from going to private overseas organizations that "perform or actively promote abortion as a method of family planning." The Boxer amendment passed by a vote of 53-41, with both Senators Ben Nelson and Chuck Hagel voting against it.

The third vote was on an additional Brownback amendment to strike language from the underlying bill that would gut the "Mexico City Policy" by allowing in-kind grants to abortion-promoting organizations. The Brownback amendment failed by a vote of 41-53, with both Senators Ben Nelson and Chuck Hagel voting for it. 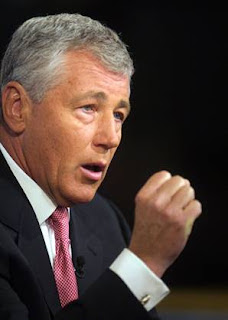 Both of Nebraska's Senators should be commended for their votes. They can be contacted by sending an e-mail through their web sites at : www.hagel.senate.gov and www.bennelson.senate.gov

The Mexico City Policy is currently in place. President Bush reinstated the Mexico City Policy by Executive Order in 2001, when he first came into office. The Boxer amendment was attached to the State-Foreign Operations appropriations bill (H. R. 2764). This bill still needs to go to conference, and then be sent to the President. The Bush Administration has issued a Statement of Administration Policy saying that "if the President were presented a bill such as H.R. 2764 that weakens current Federal policies and laws on abortion, he would veto the bill." It also said "Specifically, the Administration strongly opposes section 622 of the bill, which permits contracts and grants for organizations regardless of whether they perform or actively promote abortion as a method of family planning and is contrary to the Administration's Mexico City policy."
Posted by DH at 1:55 AM