Move Over, Santa; Russia Continues to Insist the North Pole is Hers 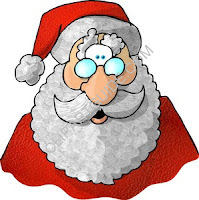 In what has to be creating a headache for Santa Claus, Russia's new saber rattling attitude includes ongoing claims on the vast mineral wealth of the North Pole. The latest example, reported by Radio Free Europe, is Artur Chilingarov's bold announcement that Russia will bore into the seabed below the North Pole in 2008. Chilingarov is the polar explorer, deputy speaker of the State Duma and titled Hero of the Soviet Union, who led the Arctic expeditions earlier this year.

The 2008 operation will, Chilingarov insists, verify the results of recent tests of small soil samples brought back by minisubmarines in August. Last week the Ministry of Natural Resources issued a statement that the samples provided scientific proof that the area is Russian. Just how the samples proved that claim, the Ministry didn't reveal. Perhaps a bit of the Soviet-era's pseudoscience is returning along with its bullying bravado.

At any rate, Russia will file the necessary papers with the United Nations to have the Lomonosov and Mendeleyev ridges in the Arctic verified as being extensions of the Russian continental shelf and hence Russian territory. This despite a UN commission already having rejected previous Russian claims to the area as lacking proof. Canada, Denmark, Norway, and the United States also have claims there.

And then, of course, there's the rights of the original resident to be considered.
Posted by DH at 8:22 AM