Hillary, Will You Serve as Honorary Chairman of the Boy Scouts If Elected President? 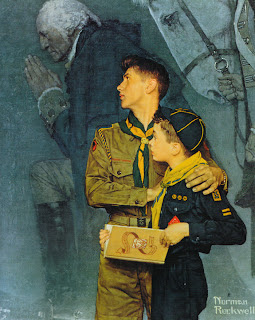 New Mexico Gov. Bill Richardson, desperately trying to make headway against Hillary Clinton and Barack Obama in the race for the Democrat nomination for President, promised the audience of Wednesday night's debate that if elected, he would decline the position of Honorary Chairman of the Boy Scouts of America because of the organization’s barring of homosexuals.

Hmm. This question really sets up nice for Republicans and I certainly hope they press it. Let's encourage them to do so. After all, Democrats asked this question must either risk angering the strident LGBT lobby they've catered to or else the millions of Americans who rightly admire and respect the Boy Scouts.

So...Hillary; Barack, John, Al: Will you serve as the Honorary Chairman of the Boy Scouts of America if elected President?
Posted by DH at 9:31 AM