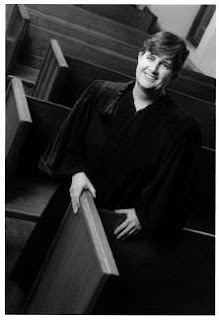 A New York judge who denied a Chinese man asylum in a forced abortion case and ridiculed him in court has been removed from it by a federal appeals court. The rare decision to take the magistrate off the case came in a decision the Court of Appeals for the Second Circuit issued Friday.

The appeals court ruled that Judge Noel Ferris [photo at right] mischaracterized the evidence in the case and improperly chastised Jian Zhong Sun at his asylum hearing in 2004.

Jian told the court that Chinese officials forced his wife to have an abortion despite the fact the pregnancy was her first under the nation's one-child rule. He said he had been threatened with sterilization when his wife had a second pregnancy and he fled to the United States before his daughter was born.

According to a New York Times report, the court found the decision to deny Jian asylum was “not supported by substantial evidence.” The appeals court also ruled that Judge Ferris “note for the record” about Jian weeping in court about his situation and his characterization of that emotion "most troubling." “I’m crying because I have not seen my daughter after 11 years," Jian told the judge during the hearing, the Times indicated. When he cried again later in the hearing, Judge Ferris interrupted it and noted “the respondent's disproportionate behavior in this courtroom.”...

An additional note here -- Judge Ferris is on record as saying that “it is shocking and immoral” to ignore human rights abuses around the world. Nevertheless, she has been rated "the eighth toughest of more than 200 immigration judges in granting asylum requests."
Posted by DH at 1:54 PM