Uh...about that insistence that condoms are the most effective means of combatting AIDS in Africa, did you notice the recall of 20,000,000 of them because they failed to meet several standard tests for strength, pressure and so on? Other elements in this story are bribery, corruption and fraud with a South Africa government bureaucrat and two directors of the manufacturing company (makers of such appropriately named condom products as "Randy Rat") under arrest. 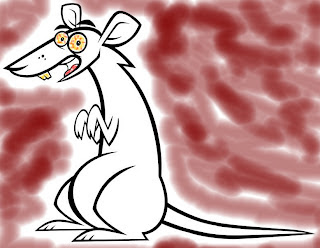 Though loudly touted to be the means of "safe sex," innumerable studies over many years show that condom use does not eliminate the very dangerous health risks of sexually transmitted diseases -- and that's even when the condoms have passed such scrutiny as that required by the U.S. Food and Drug Administration.

In fact, the FDA openly admits in the relevant section of their web site -- There's no absolute guarantee [that you won't contract a STD] even when you use a condom. But most experts believe that the risk of getting AIDS and other sexually transmitted diseases can be greatly reduced if a condom is used properly. In other words, sex with condoms isn't totally "safe sex,"but it is "less risky" sex.

Yeah, thanks. This isn't much comfort for the legion of folks who trusted the advice of government, school officials, peers and media and used condoms in their casual sexual patterns -- only to discover their bodies had yet been infected with any one of a number of non-curable STDs.

This kind of advice always reminds me of those altruistic hippies in the 60s who instructed novice mind travellers in how to take "less risky" LSD trips or how "responsible" drunks try to drive slow and avoid interstates or busy intersections on their drive home from the party, making it "less risky" that they might kill innocent people on the way.

No, dangerous behavior should be honestly, forcefully and repeatedly called what it is. Political and moral opinions aside, objective standards of science and medical health require the candid admission that intimate contact (especially when there is exchange of bodily fluids) creates risks of contracting STDs. And these risk factors multiply exponentially when the activity is promiscuous (many partners) or even when only one of the partners has a record of promiscuity.

With all this said then, it hardly needs mentioning that a South African boy and girl depending only on a "Randy Rat" to keep them safe are in very big trouble indeed.
Posted by DH at 6:22 AM