Is "God's Warriors" Enough to Create a CNN Backlash? 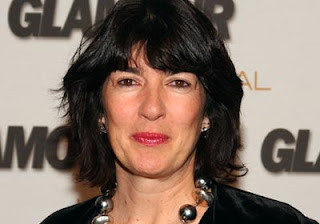 The next time you're in an airport (or a coffe shop, or a doctor's waiting room, or a service station, etc.) and are forced to endure a CNN television broadcast, remember Christiane Amanpour's diabolical hit piece, “God’s Warriors.” It just might make make you angry enough to do something -- something sensible and relevant, like telling (or writing) someone in authority that you would rather not be forced to view CNN in their place of business.

Therefore, 1) to remind you of just what Amanpour's dangerously distorted "documentary" was all about, read Joseph Puder's article, "Christiane's Nonsense Network," over at FrontPage Magazine; and

2) to remind you of how to go about registering your calm complaints to people that matter concerning CNN's annoying omnipresence, look again at this Vital Signs Blog post, "Air Travelers: CNN's Captive Audience," from September 2006.
Posted by DH at 7:57 AM