As the cliche goes, "A conservative is a liberal whose been mugged by reality." Like most cliches, this one exposes a larger truth. Namely, people often base their views on their fantasies of how the world should be than on the reality of how the world actually is. 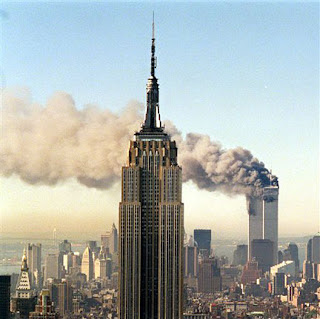 Following this line, the September 11, 2001 attacks can be seen as a large-scale mugging. After the attacks, the same American people that had ignored the threat of totalitarian Islam since the Iranian revolution first categorized the US as the Great Satan back in 1979, acknowledged the danger and recognized it was at war. The overwhelming majority of Americans supported President George W. Bush when he said that the US would fight to destroy all global terror organizations and take down the regimes that sponsor them.

But even before the fires were put out in Lower Manhattan, voices from two quarters were already claiming that the US should stay in Dreamland. First, there were the radical leftists like Susan Sontag and Michael Moore who wrapped themselves in the banner of the human rights of the wretched of the Earth. They claimed that al Qaida was simply giving Americans their comeuppance for dominating the world through McDonalds and Levis.

Next there were people like former presidents Carter and Bush's national security advisors Zbigniew Brzezinski and Brent Scowcroft, assorted university professors, and CIA analysts who wrapped themselves in the banner of realism. They claimed that American support for Israel is what brought the Islamic world to hate the country and kill thousands of its citizens by flying hijacked airplanes into buildings. In both cases, the fantasists ignored completely Osama bin Laden's declarations that his goal is to conquer the world in the name of Islam. They disregarded the political and cultural milieus marked by inexhaustible envy towards the West and the US that gave rise to al Qaida and its sister organizations. Rather than acknowledge the reality of real war with real enemies, both camps of fantasists argued that instead of slaying these twin dragons, the US should appease them by serving them Israel for lunch...

Do read "The Rise of the Fantasists" by Caroline B. Glick in its entirety over at Jewish World Review. It is an excellent wake-up call.
Posted by DH at 11:23 AM