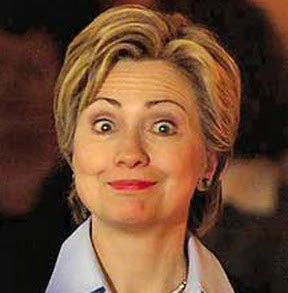 In the cesspool that Washington has become, truth and clarity still manage to bubble to the surface on occasion.

As Senator Hillary Clinton intensifies and refines her spin, deception, and self-aggrandizement, she inadvertently slipped up in a big way and revealed a truth that will doom her campaign and her party’s chances to reclaim the White House in 2008.

Last week, while campaigning in New Hampshire, Senator Clinton said, “It’s a horrible prospect to ask yourself, ‘What if? What if?’ But if certain things happen between now and the election, particularly with respect to terrorism, that will automatically give the Republicans an advantage again…”

Said comment was immediately attacked by some of her Democratic rivals for the White House. Why? Because they don’t want the voters of America to be reminded that when it comes to terrorism, the Republican candidates are much more willing to do whatever it takes to protect the homeland...

For the rest of Douglas MacKinnon's insightful (and sobering) column, go right here.
Posted by DH at 3:36 AM