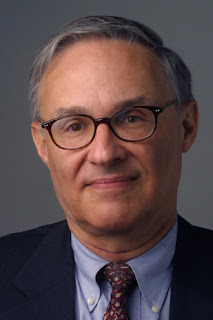 Over on Mercator.net you can (and you should!) read the full text of the superlative commencement speech delivered by Dr. Leon Kass to St. John's College, in Annapolis, Maryland last spring. Dr. Kass, physician, philosopher, professor and the former chairman of the President Bush's Council for Bioethics, presents a learned, stirring moral exhortation that all Americans would do well to heed.

Drawing from Aldous Huxley's Brave New World, William Shakespeare's The Tempest, and the dramatic new developments in genetic engineering, Dr. Kass effectively bears down on the central question of what it means to be created in the image of God. It is a terrific, compelling speech, one you might want to copy off and pass around to those you care about.

...The greatest moral challenges headed our way do not in fact come from hate-filled fanatics threatening death and destruction. They come rather from well meaning scientists and technologists offering life, pleasure, and enhancement. They are the by-products of modernity’s noble and humanitarian quest to conquer nature for the relief of man’s estate. They are, in a word, the challenges of bioethics, challenges to our humanity arising from burgeoning new technological powers to intervene in the bodies and minds of human beings...

...Human nature itself lies on the operating table, ready for alteration, for eugenic and psychic "enhancement," for wholesale redesign. In leading laboratories new creators are confidently amassing their powers and quietly honing their skills, while on the street their evangelists are zealously prophesying a post-human future. For anyone who cares about preserving our humanity, the time has come to pay attention.

Some transforming powers are already here. The Pill. In vitro fertilisation. Bottled embryos. Surrogate wombs. Cloning. Genetic screening. Genetic manipulation. Organ harvesting. Mechanical spare parts. Chimeras. Brain implants. Ritalin for the young, Viagra for the old, Prozac for everyone. And, to leave this vale of tears, a little extra morphine accompanied by Muzak...

...Defensible step by defensible step, we are getting used to our own transformation. To conquer infertility or to improve the genetic make-up of our children, we are becoming comfortable with turning procreation into manufacture, looking upon our children less as gifts to be treasured, more as products to be perfected. To conquer disease, we are becoming comfortable treating human embryos as a natural resource or allowing commerce in human tissues and organs, looking upon embodied life not as a mystery to be respected but as a mere instrument of our will.

To augment our achievements, we are becoming comfortable with drug-enhanced athletic or academic performance, accepting the divorce of deed from doer and achievement from human effort. To acquire endless lives with ageless bodies for ourselves, we are becoming comfortable ignoring the risks to our souls and the need to give way to the next generation. To the extent that we come to accept as normal what is in fact perverse, we shall have lost the ability to see how we have been diminished. Dehumanised thought paves the way for a dehumanised world.

Dehumanised thinking is encouraged not only by technological transformations of our humanity but also and more fundamentally by scientific efforts to explain it away. An increasingly unified approach to human biology -- evolutionist, materialist, determinist, mechanistic, and objectified -- combining powerful ideas from genetics, developmental biology, neuroscience, and evolutionary psychology, is deliberately attempting a revolution in human self-understanding.

Evolutionary theory denies our special standing among the animals: since all animals are finally in the same business -- individual survival, for the sake of perpetuating their genes -- we are said to be simply a more complicated model for getting the job done. Materialist explanations of vital, even psychic, events leave no room for soul, life’s animating principle.

Deterministic and mechanistic accounts of brain function banish speech about human freedom and purposiveness. A fully objectified and exterior account of our behaviour diminishes the significance of our felt inwardness. Feeling, passion, awareness, imagination, desire, love, and thought are, scientifically speaking, equally and merely "brain events".

Never mind "created in the image of God": what elevated humanistic view of human life or human goodness is defensible against the belief, trumpeted by biology’s most public and prophetic voices, that man is just a collection of molecules, an accident on the stage of evolution, a freakish speck of mind in a mindless universe, fundamentally no different from other living -- or even non-living -- things?

What chance have our treasured ideas of freedom and dignity against the reductive notion of "the selfish gene," the belief that DNA is the essence of life, or the teaching that all human behaviour and our rich inner life are rendered intelligible only in terms of neurochemistry or their contributions to species survival and reproductive success?

Will we be able to respond to the practical dangers of the Brave New World and the theoretical challenges of the Bold New Biology? Everything depends on whether we can, first of all, recognise the dangers they pose and then discover the errors of their ways...
Posted by DH at 3:10 AM