Following Up on the Smithsonian, Viacom, Lawrence Small Fiascos 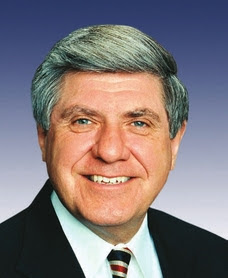 It was last winter that I posted an action-oriented entry here on Vital Signs Blog about the selling of the Smithsonian Institution to the highest bidder. It will be good to review that post in order to best evaluate the response I print below. It comes (better late than never) from Nebraska Senator Ben Nelson.

Thank you for contacting me earlier this year regarding the controversy surrounding the Smithsonian Institution and its former chief executive, Lawrence Small. I appreciate hearing your thoughts on this issue.

As you know, the Smithsonian Institution's Board of Regents appointed Mr. Small as the Secretary on January 24, 2000. On January 16, 2007, Acting Inspector General A. Sprightley Ryan reported to the Smithsonian Institution Board of Regents Audit and Review Committee, reviewing Mr. Small's expenses during his tenure as Secretary. These findings detailed Mr. Small's unauthorized expenditures of $90,000 from 2000 to 2006, showed that his salary and compensation reached $916,000 in 2006, and stated that "some transactions might be considered lavish or extravagant." This report prompted some to ask for investigations into whether Mr. Small violated federal law. Amid the debate surrounding this report, Mr. Small submitted his resignation on March 27, 2007.

The Senate Committee on Rules and Administration, of which I am a member, held a hearing on June 26, 2007, to discuss Smithsonian Institution governance reform. I believe this hearing was productive in helping to identify the areas in which the Smithsonian and its Board of Regents can improve, while demonstrating their dedication toward making the necessary changes needed. Rest assured, should any legislation on this issue reach the full Senate, I will keep your thoughts in mind.

Thank you again for contacting me. A responsive government will only remain responsive with the input of concerned citizens, and I encourage you to continue sharing your thoughts and ideas.

Thank you, Senator Nelson. However, let me make a couple of quick points here:

2) The Senator doesn't mention the Viacom deal at all.

3) I'm pleased that Lawrence Small is no longer in charge of the Smithsonian but what about punishment and restitution? There are a whole lot of people watching television from prison cells for stealing an awful lot less than did Mr. Small.

And 4) Republican Senator and Ben Nelson's fellow Nebraskan, Chuck Hagel, also sits on the Senate Committee on Rules and Administration and thus also received my letter about Lawrence Small. I've yet to hear from him.
Posted by DH at 8:16 AM