Considering College? Certain Majors May Cost You More Than Others 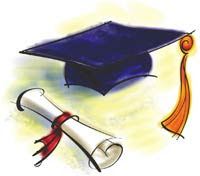 Jonathon Slater, writing a couple of days ago in the New York Times (registration required), had these observations about an alarming new trend in education.

Should an undergraduate studying business pay more than one studying psychology? Should a journalism degree cost more than one in literature? More and more public universities, confronting rising costs and lagging state support, have decided that the answers may be yes and yes.

Starting this fall, juniors and seniors pursuing an undergraduate major in the business school at the University of Wisconsin, Madison, will pay $500 more each semester than classmates. The University of Nebraska last year began charging engineering students a $40 premium for each hour of class credit.

And Arizona State University this fall will phase in for upperclassmen in the journalism school a $250 per semester charge above the basic $2,411 tuition for in-state students.

Such moves are being driven by the high salaries commanded by professors in certain fields, the expense of specialized equipment and the difficulties of getting state legislatures to approve general tuition increases, university officials say.

...Even as they embrace such pricing, many officials acknowledge they are queasy about a practice that appears to value one discipline over another or that could result in lower-income students clustering in less expensive fields.

...At the University of Kansas, which started charging different prices in the early 1990s, there are signs that the higher cost of majoring in certain subjects is affecting the choices of poorer students."