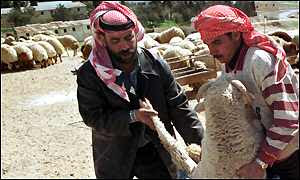 Here's a press release from the Institute on Religion and Democracy that should be especially disturbing to United Methodists. Of course, if decisions of recent years by the United Methodist leadership on such matters as abortion, homosexuality, and the authority of Holy Scripture haven't already driven Methodists from the pews, this might not have much effect either.

The United Methodist Committee on Relief (UMCOR) has announced a new partnership with British-based Muslim Aid, with which it hopes to spend up to $15 million on joint relief projects around the world.

In contrast, UMCOR’s web site seems to contain no references to God, Jesus Christ or the Bible. UMCOR’s operating budget last year was nearly $90 million. Muslim Aid’s expenditures in 2005 were about $17 million.

"Muslim Aid will be working with a liberal Protestant agency that is quiet about its religious beliefs but which almost certainly shares the political perspective of Muslim Aid leaders and supporters."

"Muslim Aid is very open about the faith that motivates its relief and development work. UMCOR, in contrast, is largely silent about Jesus Christ and the Bible. No wonder there is so such easy agreement between them. United Methodists and others might ponder why Muslim Aid freely professes its service to Allah, while UMCOR seems to prefer avoid mention of Jesus Christ."
Posted by DH at 11:28 AM